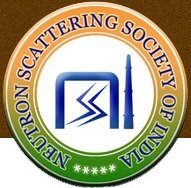 Neutron Scattering Society of India (NSSI), originally named as Indian Neutron Scattering Society (INSS) was formed on 11 June 2008 during a meeting of neutron users at Mumbai with an objective to promote the research and development activities of neutron-scattering science and applications. Another aim to form NSSI was to represent the neutron users in the Asia-Oceania Neutron Scattering Association (AONSA), which is an affiliation of neutron scattering societies, which directly represent users in the Asia-Oceania Region. By this NSSI could become one of the founder members of the AONSA along with, Japan, South Korea, Australia and Taiwan.