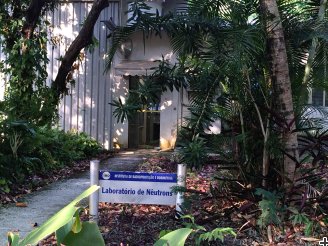 The Neutron Metrology Laboratory (LN), established in 1973, is one of the research laboratories of the Brazilian National Laboratory of Ionizing Radiation Metrology (LNMRI) of the Radiation Protection and Dosimetry Institute (IRD).

The LN is the reference laboratory in neutron metrology and is responsible for the custody and maintenance of the Brazilian Neutron Fluence Standard, and the realization of the quantity neutron fluence. To perform its institutional mission, conducts research in the areas of neutron metrology and dosimetry, and disseminates operational quantities (ambient dose equivalent and personal dose equivalent) for neutron measuring instruments used by industry, research centres and national and international universities, assuring their traceability.