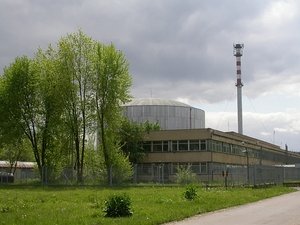 The MARIA reactor went critical for first time in December 1974. The reactor was in operation until 1985 when it was shut down for modernization. The modernization consisted in refurbishment and upgrading of technological systems. In particular, the efficiency of ventilation and cooling systems was improved. Since 1993 the MARIA reactor has been in full operation.

The Regional Laboratory of Neutronography (RLN) provides experimental facilities and research experience in the field of thermal neutron scattering studies of condensed matter and materials engineering. The laboratory operates six horizontal channels of the MARIA reactor and six instruments designed for elastic and inelastic neutron scattering.