In a picturesque suburb of Saint-Petersburg, at the ancient town of Gatchina, the construction of the branch of the A.F. loffe Physical-Technical Institute of the Academy of Sciences of the USSR began in 1954, where the research activities in the field of nuclear physics more to be concentrated. In December 1959, the research reactor WWR-M was put into operation, and in 1970 -1 GeV proton synchrocyclotron, remains the main physical facilities of the Institute up to the present. By that time the direction of biological investigations was formed.

In 1994 PNPI was given the status of State Research Center of Russia.

In 2011 PNPI was removed from the Russian Academy of Science and came into the National Research Center “Kurchatov Institute”.

At the present time, the staff of the Institute includes more than 500 scientists and about 700 engineers, among them there are 80 doctors and 300 candidates of science. The works carried out in the Institute were awarded Lenin and State Prizes, the Prizes of the Government of Russian Federation and the Soviet Government, B.P. Konstantinov Academic Prize, 7 scientists were elected Corresponding Members and 3 scientists were elected full members of the Russian Academy of Sciences.

The principal results of experimental works carried out at the reactor of PNPI are known worldwide. The discovery and study of the parity non-conservation in nuclear gamma transitions were the first experimental evidence for the universality of the weak interaction. There are the most precision for nowadays measurement of the neutron lifetime, the discovery of new kinds of correlation in ternary fission, the measurements of the neutron dipole moment, and the study of the asymmetry of its beta-decay. The strong electric fields, acting on a neutron moving in a noncentrosymmetric crystal have been discovered and investigated recently with some other new diffraction and neutron optics phenomena. Our institute has leading positions in the world in creation of cold and ultracold neutron sources.

In solid state physics, the method of three dimension analysis of neutron polarization was proposed and created as well as the original method of monochromatization of polarized neutrons, which are used in neutron scattering techniques. The important results were received in the investigations of the HTSC, nanostructures, hydrogen fuel elements, and magnetic structures on the atomic level. The spin dynamics of phase transitions was studied using of polarized neutrons, the critical scattering from the three-spin correlations and the inelastic scattering asymmetry with the magnetic field present were revealed experimentally. The existence of a new chiral class of universality for magnetic phase transitions was proved using elastic and inelastic scattering of polarized neutrons.

The technique of crystal-diffraction spectroscopy of high resolution, with the help of which the first-class results were received in nuclear spectroscopy and solid state physics, made it possible to carry out successfully the study of particle channeling effect, to use it in the accelerator technology and high energy physics, as well as to use the neutron diffraction for measuring the fundamental neutron characteristics.

The determination of the details of the protein biosynthesis mechanism, the elaboration of the diagnostic methods of human hereditary diseases, the creation of biological test-systems for ecological monitoring are the results of biologically active macromolecules and cell structures research in PNPI. 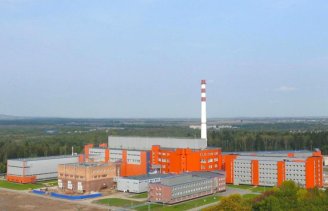 The basic facilities of the institute are the research reactor WWR-M ( its physical start-up was carried out in December 1959 and put into operation at the end of 1961) and the proton synchrocyclotron with the energy of 1 GeV ( put into operation in 1970).

In 2013, after 53 years of its successful operation, the total power production of the reactor reached the value of 100000 MW*day which is a peak for the research beam reactors.

At the present time, the new research reactor PIK in going to be put into operation – it is one of the 6 projects included i by the government of the Russian Federation in the programme of the creation of the mega installations of the world class.

On behalf of the government, a proposal is being prepared to organize an International Center of Neutron Research on the basis of the high-flux reactor PIK.

The institute actively collaborates with the largest research centers both in Russia and all over the world in the main directions of its basic research.