Building the Heart of ESS in Spain 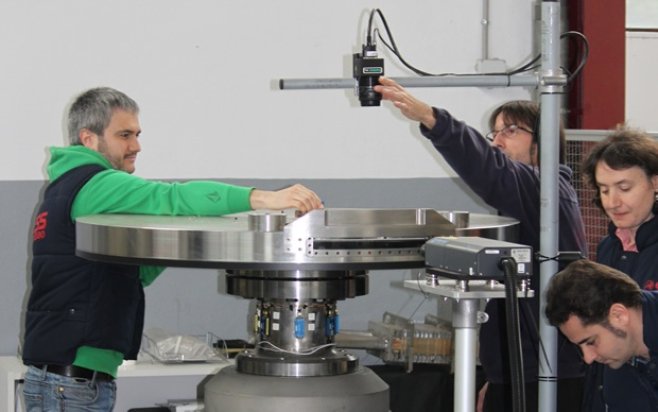 Target systems at ESS-Bilbao - Spain was one of the first countries to send a Letter of Intent committing to the construction of the European Spallation Source, and a close collaboration has followed. In November 2014, ESS-Bilbao was chosen as the in-kind partner for the ESS target system.

LUND and BILBAO — If the European Spallation Source (ESS) facility could be said to have a center of gravity it would have to be the 6,000-tonne target station monolith: the high-density, high-energy interface between the linear proton accelerator and the scientific instruments. The target system contained within the monolith, including the novel rotating tungsten target wheel, the target shaft assembly, the drive motor and support bearing, is being optimised, prototyped, tested, and ultimately will be delivered by ESS-Bilbao in Spain.

“Working with ESS-Bilbao gives us access to the experience and capabilities of the Spanish nuclear industry,” says John Haines, head of the ESS Target division. “Beyond that, ESS-Bilbao has a focus just like our own, namely, making ESS a reality. Their dedication to the project is very valuable to us.” ESS is highlighting this collaboration during the Spanish Partner and Industry Day, held Thursday, April 16, in Bilbao. 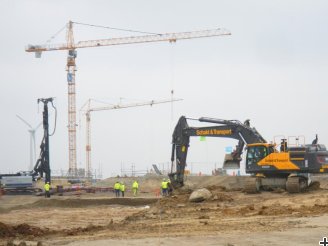 ESS-Bilbao is a centre for neutron technologies with a staff of 60 scientists and engineers. It is a consortium in which the Spanish State Government and the Basque Autonomous Region each hold an equal stake. A team of 10 scientists and engineers, based in Madrid, is dedicated to the ESS target wheel systems, where they maintain close interaction with the Instituto de Fusión Nuclear. This team produced the shaft and mock-up target for the Oak Ridge National Laboratory’s Spallation Neutron Source Second Target Station (SNS STS) in 2009, where they gained the vital experience necessary to produce the ESS target system.

“To be working on the ESS target is a technological and scientific challenge, and an extraordinary opportunity for us,” says Fernando Sordo, lead engineer of the target wheel In-Kind Contribution (IKC) at ESS-Bilbao. “We are excited to be contributing to a major element of ESS that is fundamental for the functioning of the facility.” 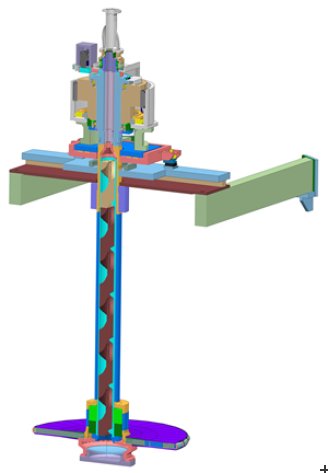 Shaft assembly The target shaft assembly, with integrated helical helium coolant passage. All 3D renderings come from the ESS Plant Layout, a CAD model of the complete facility and its systems.

The target system is where the process of spallation takes place, that is, where the neutrons to be used for scientific research at ESS are generated. In the target wheel, the highly energetic proton beam pulse of the ESS accelerator interacts with the tungsten in the target wheel to generate neutrons, while the energy deposited in the wheel is removed via a system of helium coolant passages. The moderator-reflector systems, oriented above and below the target wheel, slow down (or moderate) the fast neutrons emitted by the target to a speed suitable for the scientific research performed on the ESS instruments.

The ESS target baseline design was developed after the ESS site decision in 2009, and a working group was established to further explore the design possibilities. According to the 2013 ESS Technical Design Report, the choice to use a helium cooled, rotating tungsten target was based on two key factors: environmental and conventional safety perspectives; and to provide the highest possible scientific performance at a reasonable cost. 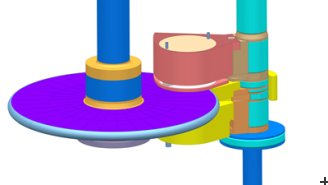 Target and moderators View of the helium cooled, rotating tungsten target wheel in position on its bearings between the two moderators.

The target wheel will measure 2.5 meters in diameter, is estimated to weigh 4 tonnes, and is divided into 36 radial sectors. The heart of the heart of the target station is the roughly 7,000 tungsten bricks set into the sectors of the wheel.
View of the helium cooled, rotating tungsten target wheel in position on its bearings between the two moderators.

Cross-section of the target wheel. The tungsten bricks and helium cooling passages are encased in a stainless steel shroud.
“The ESS target wheel will feature a novel design of the rotating tungsten target making it possible to distribute the heat over a larger volume than what is irradiated by the proton beam at one moment,” explains Ulf Odén, ESS’s lead engineer for the target wheel. “Together with the helium coolant, this design can produce a target with a long lifetime of approximately five years.”

Shroud cross section Cross-section of the target wheel. The tungsten bricks and helium cooling passages are encased in a stainless steel shroud.

Tungsten (discovered in Sweden and first isolated as a single metal in the Basque region—see sidebar), is a rare metal of high density that is commonly used at existing spallation sources. What is unique to the ESS application is the high power of the ESS accelerator, which will generate a proton beam with an average power of 5 MW, and 125 MW peak power. This energy, which manifests in the tungsten as heat, must be dissipated rapidly and efficiently. To this end, the target wheel rotation is timed such that each of its 36 sectors receives a single pulse from the beam per revolution. The helium circuit meanwhile cycles the heat up through the shaft and away from the target, then returns it at a lower temperature, similar to how a radiator functions in an automobile. 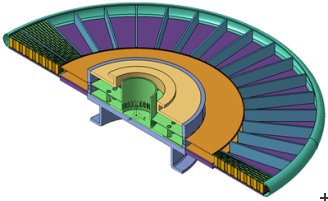 Sordo and his team at ESS-Bilbao are currently in the process of modifying the target system proposal to achieve a design that can be manufactured more easily. “Focusing on design efficiency now will make it easier to meet the challenge of manufacturing and testing later,” says Sordo. The current ESS-Bilbao proposal has specifically modified the geometric arrangement of the tungsten bricks such that protons will not cross the target without a spallation interaction.

“We have had a great start to the collaboration with ESS-Bilbao,” notes Haines. “They really hit the ground running. They hosted the target wheel, shaft, and drive unit kick-off meeting at the end of January 2015 and have already submitted a modified design proposal for the target wheel. This design is much easier to manufacture and more robust.”

The current status of the design, and other collaboration possibilities, will be presented at Thursday’s Spanish Partner and Industry Day in Bilbao. The event will provide an overview of ESS and offer opportunities for industry to interact with ESS and ESS-Bilbao.

“Building the highest powered spallation target in the world will position the Spanish engineering industry in the field of neutron science,” says José Luis Martínez Peña, CEO of ESS-Bilbao. “The work will also foster collaborations between national academia and industry, as suppliers will be hired to manufacture and test the designs. This in return will fuel the Spanish national innovation potential by building capacity and supporting job growth.” 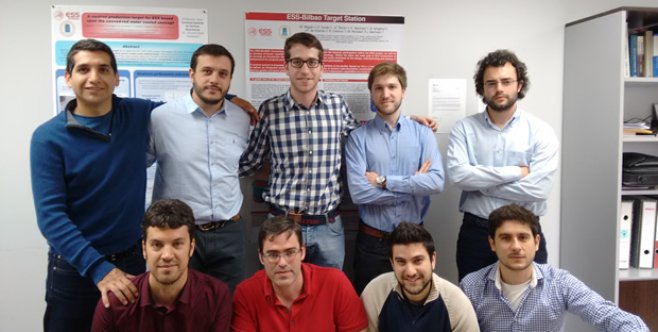