Commendation, Collaboration, and Caution: Capacity Crowd at IKON8 in UK

IKON8 at ISIS - This intensely observed two-day meeting brought a capacity crowd to the UK venue where an important exchange of new ESS neutron technologies came face to face with the lessons learned at ISIS during its five-year upgrade of Target Station 2.

OXFORDSHIRE—The 8th ESS In-Kind Contributions Meeting for Neutron Science (IKON8) was held in the UK over two days in the first week of February. Jointly hosted by the European Spallation Source (ESS) and ISIS, the event took place at the Milton Hill House, a stone’s throw from the Harwell complex that includes, among other facilities, ISIS, Rutherford Appleton Laboratory, Diamond Light Source, and offices for the UK’s Science and Technology Facilities Council (STFC). 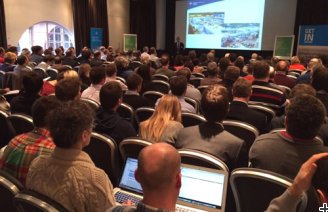 The semi-annual meeting—staged for the first time outside of ESS headquarters in Lund—covered substantial ground concerning progress made on instrument engineering and design for the ESS instruments LoKI and NMX, and the development and optimization of their associated neutron technologies. ESS personnel addressed each major aspect of the instrument development process: detectors, choppers, optics and shielding, science support systems, software development and data handling, and motion control and automation. The roughly 150 participants, who traveled from all parts of the globe, were additionally briefed on significant recent developments in ESS partner countries, Germany, Switzerland, and the UK.

A special feature of the meeting was a series of presentations by ISIS personnel concerning the lessons learned over the course of the ISIS Target Station 2 (TS 2) Phase II upgrade, which included the construction and commissioning of four new instruments. The two-day meeting concluded with a tour of TS 2, where visitors were given a close look at new instruments, detectors, and choppers in various stages of construction or renovation. 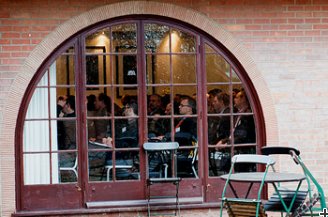 Project, schedule, realization
ISIS Director Robert McGreevy greeted the assembly with a whirlwind presentation on the top-level lessons learned over his two and a half years directing the TS 2 upgrade. McGreevy placed special emphasis on the need to involve people with operational experience in the design and construction of instruments, a particular challenge in a Greenfield project like ESS. Warnings were issued on such early-phase activities as target-moderator-reflector optimization, planning for adequate space in which to both stage and operate the facility, and instrument software development, which McGreevy cautioned should begin “yesterday”. McGreevy made special mention of pitfalls to be avoided in the procurement and tendering processes, risk management, and the in-kind process. “Formal project management,” stated McGreevy, “is absolutely necessary—with formal change control.”

ESS Director General and CEO Jim Yeck enthusiastically responded to McGreevy’s presentation by highlighting the areas where the experiences of ISIS and ESS would overlap and where they might diverge. “We see the in-kind process as an opportunity to get operational experience into the Greenfield project,” said Yeck. “It’s great to see the civil construction work progressing as planned, which frankly doesn’t always happen. This puts pressure on all of us because we have to be ready when those buildings are available.” Yeck spoke positively of the developing in-kind collaboration models being established by the Accelerator and Target divisions, where partner deliverables are being locked in and the schedules among the partners are aligning favorably. Yeck anticipated that “we will see the anchoring this year of the IKC model established by instrument collaborations.”

Emphasizing the criticality of keeping to the schedule, Yeck sketched out a broad view of what the next two years would look like at ESS, with 2015 focused on political commitments, contract agreements on delivery of scope, and the emergence of difficulties with technical design and component interface. In 2016, Yeck anticipates a steady routine of problem solving across the project.

Next to address the assembly was ESS Director of Science Prof. Dimitri Argyriou, who brought the group up to date on where the instrument selection and development processes stand. “We are going to start to see reality in instruments as we move through these tollgate reviews,” said Argyriou, referring to the stage-by-stage process of optimizing each instrument both for its performance specifications and its share of the construction budget. “We must now find the best way to realize instruments—not only good instruments but instruments that are resourced.”

Argyriou broke out these resources into vertical and horizontal projects, noting that while instruments would largely be engineered individually, neutron technologies and support systems must be developed across all instruments as much as possible, maximizing the efficiencies in those areas.

Argyriou went on to emphasise Project accountability to ESS partners and announced that every second IKON meeting would be in Lund, while the first meeting of each year would be co-hosted by an ESS partner institution. Next year’s winter meeting will be organized with the Jülich Centre for Neutron Science. 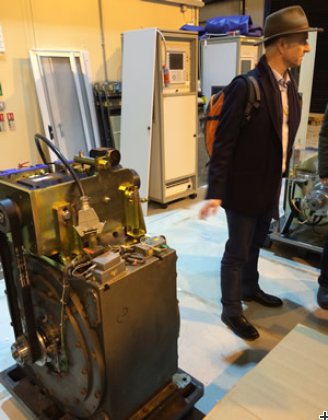 LoKI, NMX, and associated technologies
LoKI and NMX cut the trail through the second tollgate late last year, demonstrating the benefits of a process that works to balance performance specifications with budget constraints. Unwilling to allow the instruments to be degraded by their budgets, the ESS tollgate process is designed to provoke a mix of optimisations, innovations, and compromises that have so far resulted in positive outcomes in both design and cost.

LoKI lead scientist and ESS Instrument Scientist for Small-Angle Scattering Dr. Andrew J. Jackson, and NMX lead scientist and ESS Instrument Scientist for Macromolecular Crystallography Dr. Esko Oksanen, gave parallel presentations on the results of the ESS tollgate process for their respective instruments. Each presentation neatly laid out the evolution of the instrument’s budget and design specifications, and demonstrated how these design refinements will allow for upgradeability going forward, a key goal of the process.

These presentations were followed by updates on ESS Neutron Technologies group activities, which generally are moving in parallel with instrument development. The trick for these groups is to work toward optimizing their respective technology across all instruments while at the same time to avoid being a snag on any individual instrument’s critical path. “Help us help you,” was their collective message for the assembled instrument scientists. 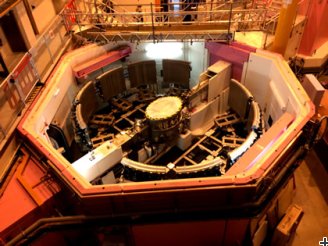 The UK’s 165 M GBP contribution to ESS will be funded through the STFC, which is now opening a UK-ESS project office where the management of several in-kind work packages will be centralized. Expecting to make in-kind contributions across the whole spectrum of neutron technologies, McGreevy underscored a sense of urgency, indicating that the UK has already begun working on ESS projects in advance of formal agreements and budgets.

Germany, which has agreed to a 202.5 M EUR contribution and 15 M EUR in annual operations support, will be contributing to ESS in multiple ways, and via multiple institutions. Already deep into their work with instrument development, Germany has lead- or partner-lab responsibility on five Phase 1 instruments, with four more currently proposed. Schreyer also mentioned the potential for in-kind cooperation with JCNS on the ESS moderator-reflector project.

Looking ahead to the expected final parliamentary approval this spring of their ESS commitment of 130 M CHF, Switzerland is already making significant contributions to instruments and neutron technologies. PSI is collaborating on four Phase 1 instruments as well as another under proposal. Swiss industry, said Rüegg, is also expected to make critical contributions to the ESS project.

Reports from ISIS
Finally, the IKON8 participants heard from a range of ISIS scientists and engineers who spent the last several years engineering, building, and commissioning instruments for the TS 2 Phase II upgrade. Unsurprisingly, among the problem-solving, compromises, and close calls along the road to completion, the emphasis of these debriefings was time and again reduced to three project basics: teamwork, communication, and planning.