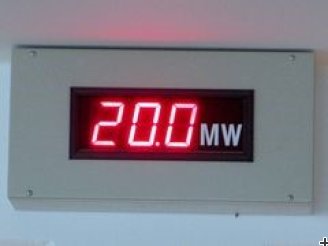 After an involuntary interruption of 10 months, the FRM II will again supply neutrons to its users from science, industry and medicine from today, 14 January.

The FRM II was in a forced break since March 2019. Numerous scientists were affected by the unforeseen delay and had to postpone their experiments indefinitely.

The delivery of fresh fuel elements in December 2019 will now ensure the scheduled resumption of operations. In the course of yesterday afternoon, the necessary safety tests for shutdown safety were carried out and the reactor was started up. With the usual power stages the reactor power was then increased step by step, the nominal power of 20MW was reached shortly before 1:00 pm.

Prior to the start of the current 47th cycle, various maintenance work, such as the performance of mandatory extensive in-service inspections and modifications, such as measures to prepare for the future molybdenum-99 production plant, were carried out.

From now on the FRM II will again supply neutrons to its users in science, industry and medicine. During the next 60 days about 350 scientific experiments are planned. Industrial customers have already ordered 2.5 t silicon for doping, and the trend is rising. Especially important is the production of radioisotopes/radiopharmaceuticals at the FRM II. With holmium-166 and lutetium-177 for the treatment of cancer the FRM II can now supply the market again.