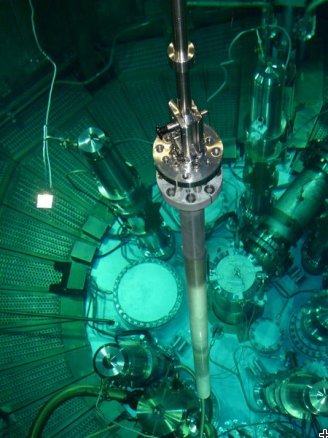 Reactor pool thimble Removed thimble, which is transported from the reactor pool to the settling tank to make room for the new thimble, made of Zircaloy 4 for the future molybdenum-99 irradiation facility (Photo: FRM II / TUM)

The radioisotope molybdenum-99 (Mo-99) which is required in nuclear medicine will be produced by the irradiation of uranium targets with thermal neutrons in the future Mo-99 irradiation facility. The uranium-235 (U-235) contained in the targets is split by the capture of thermal neutrons and provides a yield of 6.1% of all fission products of the unstable fission product Mo-99, whose daughter isotope is the desired radioactive technetium-99m (Tc-99m).

Currently there are seven major irradiation facilities for the production of Mo-99 / Tc-99m in the Western world, including five in Europe and one each in Africa and Australia. However, of these Mo-99-producing research reactors, six are already over 40 years old and will be decommissioned until 2028. In the years 2008 – 2009, unforeseen, extensive and lengthy repairs were necessary in some of these reactors, which required a temporary shutdown. The absence of sufficient reserve capacity led to repeated major bottlenecks in the supply of Mo-99 between 2008 and 2010.

A feasibility study for the production of Mo-99 completed in 2009 showed the technical and logistical feasibility of building a Mo-99 irradiation facility at the FRM II. The design and construction of the facility are so realized that its operation will be possible parallel to the scientific use of the neutron source. With a planned maximum weekly production of approximately 16,000 Curie (Ci) Mo-99 activity – (this refers to the activity immediately after the end of irradiation) – the FRM II will be able to cover up to 50% of the European future demand. The completion and commissioning of the facility is foreseen for 2018.

More information can be found on the following pages: 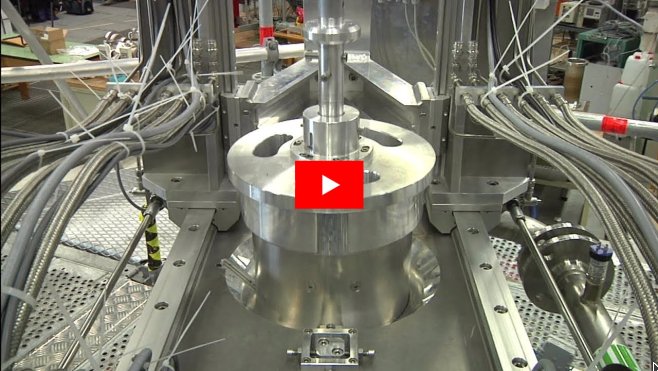