Professor William Stirling has been appointed the new Director of the Institut Laue-Langevin in Grenoble, the world centre for neutron science, with effect from 1st January 2014. 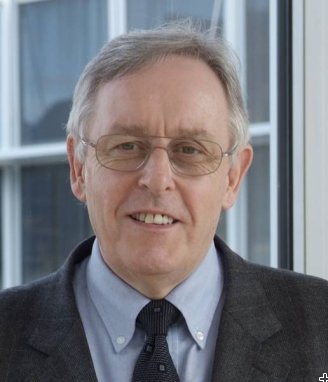 Professor Stirling has extensive experience in the field of neutron science. Studying physics at the University of Edinburgh, his thesis dealt with neutron inelastic scattering studies of the lattice dynamics of perovskite-structure SrTiO3, work that included time at neutron facilities at Chalk River, Canada (CRNL) and Harwell, UK (UKAEA).

Shortly after the UK became an Associate of the Institut Laue-Langevin, the most powerful neutron facility of its kind, Professor Stirling took a job as an instrument scientist, designing and building instruments, some of which are still in operation today. He later went on to sit on a number of ILL advisory committees while a professor of physics at Keele and Liverpool Universities, before being appointed Director General of the European Synchrotron Radiation Facility (ESRF) in 2001. Bill Stirling completed his tenure at the ESRF in 2008 and took up his most recent position as a scientific adviser at the French CEA, working on the GIANT Innovation Campus in Grenoble, which includes both the ILL and the ESRF.

Professor Stirling said: “The ILL is a special facility. The most powerful instrument of its kind when it opened, the fact that it has retained that position 40 years later is remarkable and a testament to the work of those who built it, and to the policy of maintaining it through regular upgrades. On a personal level the ILL gave me my first job in science; it’s where I learned the trade and began to understand what it is to be a scientist. When I was invited to become Director I saw it as an opportunity to give something back after all the ILL has given me.“

“In my time at the ILL I hope to continue the excellent work of Prof Harrison and his colleagues and use my own experience to further develop partnerships with the organisations within the GIANT alliance here in Grenoble and with other neutron laboratories across Europe. Naturally, this includes my UK friends and colleagues at ISIS and, in the future, the European Spallation Source in Sweden where I see ILL playing a major role supporting the development of what will be the most powerful source in the world.”

Professor Stirling will replace Professor Andrew Harrison who has been Director of the Institut Laue-Langevin since 2011 and is due to take the role of Chief Executive Officer of the Diamond Light Source Ltd. Professor Harrison will remain in position until the end of the year. Prof Stirling will take over in Jan 2014.

STFC Chief Executive Professor John Womersley said:
“I am delighted that Bill Stirling has agreed to take over as Director-General of the ILL. Bill is a hugely respected manager of large scientific facilities and brings great experience to this role. The UK, along with our French and German partners, committed to another ten years support for ILL earlier this year; this long term commitment reflects the importance of neutron scattering for both scientific research and industrial application, and the central role played by the ILL in delivering this capability to the UK community and in complementing the capabilities of ISIS, our national neutron source at Harwell”.

The Institut Laue-Langevin (ILL) is an international research centre based in Grenoble, France. It has led the world in neutron-scattering science and technology for almost 40 years, since experiments began in 1972. ILL operates one of the most intense neutron sources in the world, feeding beams of neutrons to a suite of 40 high-performance instruments that are constantly upgraded. Each year 1,200 researchers from over 40 countries visit ILL to conduct research into condensed matter physics, (green) chemistry, biology, nuclear physics, and materials science. The UK, along with France and Germany is an associate and major funder of the ILL.