Looking back on 2016: Another milestone in nuclear operations with over 300 days at full power for the second consecutive year

Australia’s state-of-the-art multi-purpose nuclear reactor has operated for more than 300 days at full power for a second consecutive year with over 99% reliability.

“We are particularly proud of this achievement and the people who made it possible, because it is far in excess of any of the other high-performance neutron sources around the world, including reactors and spallation sources,” said Lubi Dimitrovski, General Manager, Nuclear Operations. 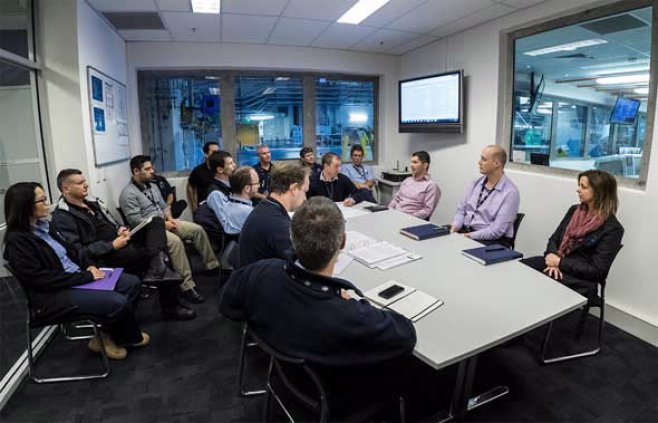 OPAL represented a significant Australian government investment that is now central to Australia’s landmark and national research infrastructure enabling research, the production of nuclear medicines and the irradiation of silicon for the semiconductor industry.

“It’s about determining what you want from your asset and based on that, finding the right balance between performance, system operations and strategy,” said Dimitrovski.
“Strategic maintenance coupled with a risk based decision making framework are the core of our Asset Management Program. This then enables the safe and sustainable operation of the reactor with a focus on delivering the needs of our users, customers and the broader Australian community.”

There are scheduled shutdown periods during the year for refuelling and maintenance.

“But it is not only about processes, much of OPAL’s success is due to a highly competent, knowledgeable and dedicated people who are amongst the best in the world in their respective field,” said Dimitrovski.

The Reactor Operations group at ANSTO comprises a large team from a variety of disciplines, who manage all aspects of the reactor. It includes staff who are responsible for reactor operations and reactor utilisation, instrumentation and control, logistics support, engineering, technical support, regulation and licensing, fuel procurement and management, nuclear analysis, health physics and maintenance.

OPAL, which was commissioned and began operations in 2006, produces a continuous supply of thermal and cold neutrons by fission reactions for the supply of nuclear medicine, research and industrial applications.

In Australia the operation of the reactor is regulated by the Australian Radiation Protection and Nuclear Safety Agency.

On 13 July 2000, ANSTO signed a contract with the Argentine company INVAP S.E and its Australian alliance partners, John Holland Construction and Engineering Pty Ltd and Evans Deakin Industries Limited, for the design, construction and commissioning of OPAL.

INVAP was the prime contractor, undertaking the design, procurement, installation and supervision of the commissioning and performance demonstration of OPAL.

Prior to the construction and operation of OPAL, ANSTO operated the HIFAR reactor for close to 50 years.