Neutrons are unique probes that make it possible to answer questions from a diverse spectrum of scientific areas, ranging from the origin of the universe, to chemical and biological processes, right through to challenges in material and engineering sciences. However, as neutrons are invisible to the naked eye and optical cameras, it is only possible to observe them using advanced technology.

A new video from the Jülich Centre for Neutron Science introduces the novel detector system Solid State Neutron Detector, known as SoNDe. This technology is currently being developed at Forschungszentrum Jülich, in cooperation with other European partners, within the framework of an EU funded project. 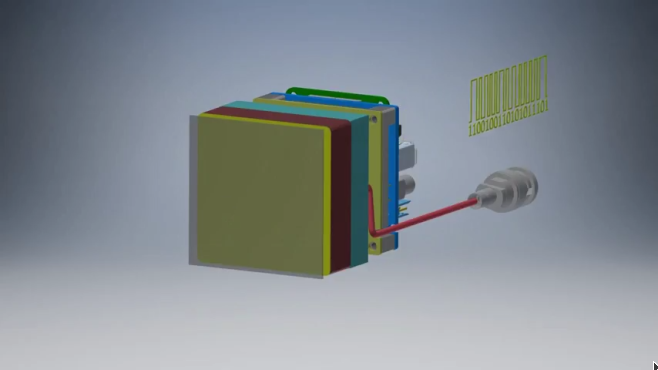 SoNDe: A Detector for Neutrons and More

SoNDe employs a modular design. Each module is capable of counting up to 250,000 neutrons per second, making it more than 20 times more efficient than today’s detectors. The modules feature the key component of the technology: each one can be used alone or put together with other detectors in whatever arrangement is required.

SoNDe is being developed, among other things, to make optimum use of the latest generation of neutron sources. These are so powerful that the majority of modern detectors would simply be blinded by them, in much the same way as a person looking directly at the sun. The technology can also be used for purposes beyond research, for example, in self-driving cars to detect other road users, or in planes to detect turbulence invisible to the naked eye.