In 2011 it has been decided that a new nuclear reactor will be constructed in Argentina. It will become the 10th nuclear reactor in the country and the Atomic Energy National Commission (Comisión Nacional de Energía Atómica, CNEA), which is the main responsible for the project, plans that this OPAL-like reactor will start operating by 2018 in a location to be defined. 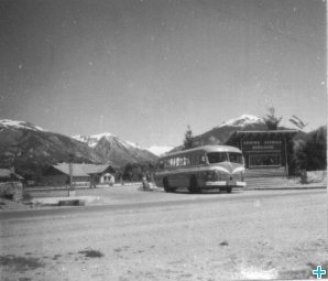 This project has three aims:

(1) producing isotopes for medicine because Argentina is one of the main providers of isotopes in Latin-America;

(2) irradiation of fuel elements for the development of nuclear reactors built and sold by Argentina;

(3) producing neutron beams for research.
A number of nuclear centres are participating in the project, the Centro Atómico Bariloche(CAB) being the main supporter.

Bariloche is one of the most prestigious research centres in Argentina. Starting only as a physics school in the 1950’s, it gradually developed to became the Instituto Balseiro and CAB, first by adding a nuclear engineering school for elite students and then a mechanical engineering school. Currently the majority of scientists involved in building nuclear reactors in Argentina come from these schools. 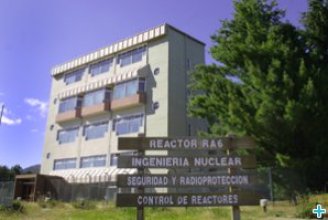 The construction of a new reactor in Argentina was actually planned in the 1980’s but the project did not go ahead due to lack of funds. However, that project was the motivation that led Gabriel Cuello Institut Laue-Langevin (ILL) to work on neutron physics in the 80’s. After his PhD and post-doc in Bariloche, work in the Institute for Structure Matter in Madrid and finally at the ILL, he is now supporting decision-making regarding the source and instruments to be used in the new reactor. He has told us that he is gathering efforts to create a community of Argentinean users. He believes that it would be valuable to reach an agreement between the ILL and the Argentinean Research Ministry so that future users of the Argentinean new reactor could receive training at the ILL during the years prior to the start of operation.