European Leadership. The new vice-chair of the ESS Council is not new to neutrons. Her strong background in research, facility development, and within European-wide advisory bodies, places Caterina Petrillo at the centre of the neutron science community in Europe. 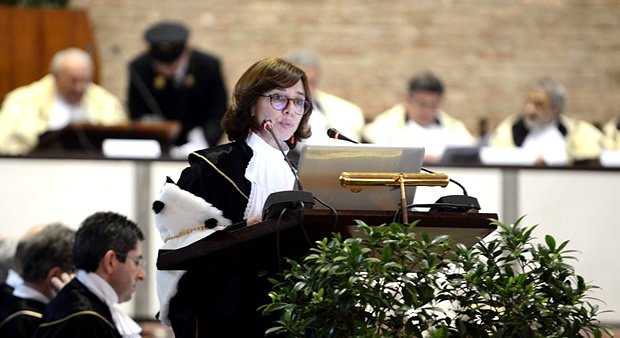 LUND and PERUGIA—In October 2015, the newly formed European Spallation Source (ESS) ERIC Council unanimously elected Prof. Dr. Caterina Petrillo as the governing body’s vice-chair. Petrillo is a physicist and director of the Physics and Earth Science Department at the University of Perugia, where she has built a standout career in research, higher education and governance. She has been an important participant in the collective European scientific community for three decades.

In the course of her work, Petrillo has been actively engaged in the planning and delivery of ESS since 2007, when she became a member of the Lund Round Table. She also served as an Italian delegate to the ESS Steering Committee from 2011 to 2015.

“The excitement of science—as it has been for my entire life—is the never-ending search for answers, the process of understanding a problem despite and because of its complexity,” explains Petrillo. “I enjoy very much the challenges that characterise the scientific path from the neat identification of the problem, to the choice of the best means to tackle it, and to hopefully share the most likely explanation.”

This passion has served Petrillo well in many diverse and complex systems. Her work ranges from the evaluation of research projects and policies to set out the scientific priorities of large-scale European research infrastructures, to recent studies of dynamical response functions with a focus on bio-systems. 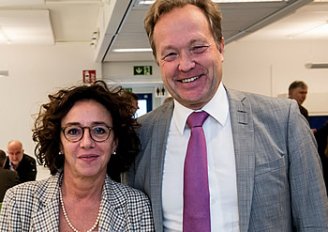 “We are delighted that Caterina Petrillo has accepted the role as vice-chair for the ESS Council,” said Lars Börjesson, the Council’s Chair and Vice Rector of Chalmers University in Sweden. “She brings both the strong leadership skills and experience within research infrastructure and international collaboration that is necessary to guide the Council’s work during this important construction phase of ESS.”

As vice-chair, Petrillo is actively engaged in all activities of the Council, which governs the European Spallation Source ERIC according to the ERIC legal framework of the European Commission.

Petrillo’s research has employed the use of neutron and X-ray scattering instruments at several major European facilities, and she has directly contributed to the design and development of the spectrometers PRISMA at ISIS in the UK, and BRISP and IN4C at ILL.

Within the research community, Petrillo is arguably best known for her experimental work on electron-electron interactions and ground state properties of simple metals as prototypical systems of interacting electron gas, and of transition metal alloys as model systems for itinerant electron magnetism. Specifically, her investigations—carried out using polarized neutron techniques—were among the first to provide experimental support to the validity of the local density and local spin density approximations within the Density Functional Theory. 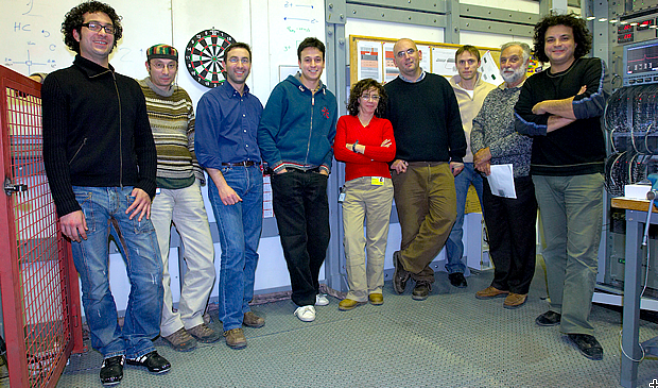 BRISP team The BRISP team photographed in 2005 during a break in the installation of the neutron spectrometer at ILL. An Italian-German Collaborative Research Grant (CRG) project, Caterina Petrillo was the technical responsible for the instrument. PHOTO: Courtesy of Caterina Petrillo.

Notable for ESS is Petrillo’s longstanding involvement in European-funded efforts to develop novel neutron detector types. In the 1990s, she was part of a group investigating solid-state detector technology, research that informs work currently underway at ESS to develop boron and lithium based detectors. Petrillo now maintains a regular teaching load at Perugia University, and was a professor at Politecnico di Milano earlier in her academic career. She has supervised many students who have since become part of the fabric of the European science community.

“I’m very pleased to serve as Vice-Chair of the ESS Council,” said Petrillo. “I personally started to follow this project at the end of the 1990s, beginning of 2000, when some Italian groups were involved in the ESS Target design. I believe that the ESS project is a great opportunity for Europe and European science and scientists, which we should nurture to our best ability, starting with the responsible and inclusive work of our international Council.”