Stage is Set for ESS Linac Test in Uppsala 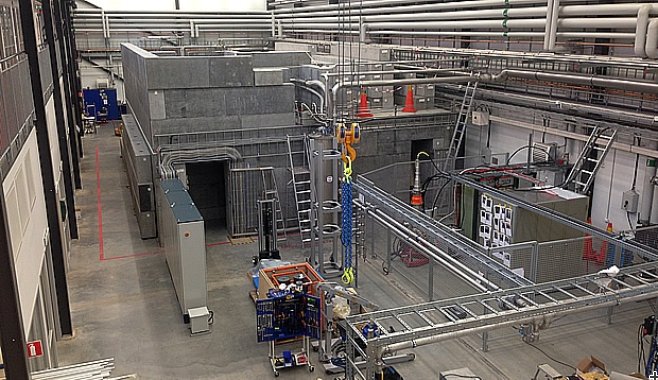 FREIA The FREIA Hall in Uppsala, Sweden. The bunker contains the facility's cryostat, and will house the ESS cryomodule prototype to be shipped from France later this year. Amplifiers for the testing will be set up in the foreground. Photo: Anders J. Johansson/Lund University

ESS, LU, UU and IPNO - The first fully functional Low-Level Radio Frequency control system for the ESS Accelerator has been installed and integrated into the EPICS control system at the FREIA Laboratory at Uppsala University north of Stockholm. 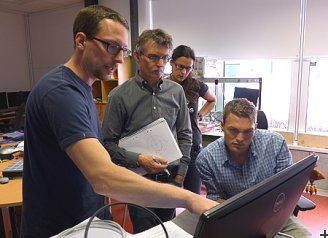 UPPSALA – Two key recommendations resulting from the recently concluded European Spallation Source (ESS) Annual Project Review emphasised a focus on internal integration across projects and partners, and early acquisition of technologies to develop in-house, hands-on expertise. As these recommendations were being formulated, members of ESS Accelerator Work Package 8 (WP8) were busy in Uppsala making strides in both areas.

The Low-Level Radio Frequency (LLRF) control system, installed April 21 in Uppsala, was developed at Lund University and it will be used to regulate the superconducting radio frequency (SRF) spoke cavities, and the cryomodules that contain them. The spoke cavities, a prototype of which is expected at Uppsala later this year, are the first stage of superconducting acceleration in the ESS Accelerator, and constitute about 10% of the linac’s length. They are being designed and built by ESS partner lab IPN Orsay in France. 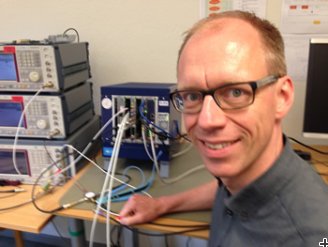 Integration of people and systems alike

“This is not only an important step in the development and test of the RF systems of the ESS accelerator,” remarked Assoc. Prof. Anders Johansson of Lund University, who is the LLRF work unit leader on the WP8 team, “it is also an example of a successful cooperation between different institutes around Europe and between divisions inside ESS.”

EPICS, the Experimental Physics and Industrial Control System, is the widely-used Open Source controls framework software that the ESS control system will be built on. The integration of the LLRF system into EPICS has been done in a close collaboration between the ESS Accelerator RF Group and the ESS Integrated Control System (ICS) Division, as well as in dialogue with the users at Uppsala University and the developers of the RF cavity and cryomodule in Orsay.

Test environment at FREIA moves the Accelerator toward installation

The FREIA (Facility for Research Instrumentation and Accelerator Development) Laboratory at Uppsala University has both a cryogenic facility and an RF facility, capable of testing the ESS Accelerator prototype components at an operational 352 MHz, and a peak power of 350 kW, which will serve to certify them for fabrication.

“Delivery of the LLRF from Lund is an important milestone,” said Konrad Gajewski, senior research engineer in Uppsala University’s High Energy Physics division. “Having the LLRF controls, the data acquisition system developed at FREIA for fast RF measurements, the state-of-the-art laboratory instrumentation, and the cryogenic infrastructure, we are eager to start the first tests as soon as the spoke cavity arrives.”