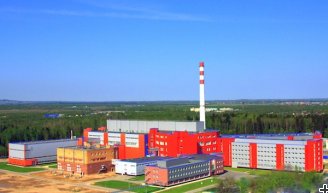 Russia’s BP Konstantinova Petersburg Institute of Nuclear Physics has announced a tender for the development of a core design for the PIK research reactor in Gatchina, RosTender.info reported on 7 July.

The maximum value of the contract is set at RUB458.4 million ($6.4m). Applications for participation in the tender will be accepted until 22 July, and the results will be announced on 24 July. The work will be financed from the state subsidy.

The aim of the project is to provide nuclear fuel for the PIK research reactor. By 15 December 2022, the contractor will have to develop technical documentation and fabricate mock-ups of fuel assemblies, design and manufacture equipment for production, test mock-ups of fuel assemblies, fuel rods and SVPs, justify the safety of a PIK reactor with an upgraded core, and perform other work.

The PIK high-flux reactor is intended for research in fields including nuclear physics, structural and radiation biology, radiation physics and chemistry, as well as for solving applied technical problems.

The PIK reactor will become the basis of a world-class International Centre for Neutron Research. Once in operation, it will significantly increase the share of Russia in the global markets for the provision of high-tech services for the use of neutron and nuclear methods in the development of new materials and products.

In June 2019, the Russian government allocated almost RUB 9 billion to create the instrument base of the PIK reactor complex.

PIK has a long and complex history. Construction began in 1976 and over the next decade, the main buildings were erected, a significant part of the installation work was completed. However, work stopped after the accident at the Chernobyl nuclear plant in 1986.

Construction resumed in 2001 and in 2011, a physical launch was carried out at zero power. In 2019, specialists of Volgodonskatomenergoremont completed repair work and first stage of the power startup at 100 kW begun.

The high flux PIK reactor will join three other such facilities worldwide the 45MW High Flux Reactor in Petten (Netherlands), which is nearing the end of its design life), the upgraded 85MW High Flux Isotope Reactor at Oak Ridge National Laboratory (USA), and the 20MW Heinz Maier-Leibnitz FRM II (Germany).