Turn Up the Flux and Expect the Unexpected with VOR 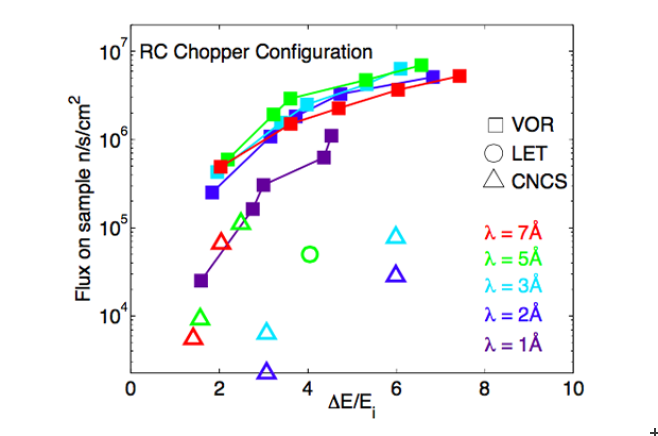 This is the sixth in a series of articles highlighting the instruments selected to enter Phase 1: Preliminary Engineering Design, for the European Spallation Source (ESS) suite of instruments. Twenty-two instruments are anticipated at ESS. The instruments in this series are expected to enter the ESS user program by 2023 and will address the needs of the ESS core user community. They have been selected through a rigorous but inclusive, community-based process that begins with an open call for proposals, moves through reviews by experts inside and outside ESS, and ends with a recommendation to advance into Phase 1 by the ESS Steering Committee. The full proposal and selection process is described here.

When the European Spallation Source (ESS) and its instruments go online, delivering neutron brightness to samples that far exceeds that available at existing facilities, the science community expects to observe novel and unpredicted phenomena in a broad range of materials. An effective approach to identifying the as-yet-unidentified can be to accumulate a broad sampling of data rather than to focus on narrowly defined data points. In the case of neutron spectroscopy, this overview perspective can be achieved through experiments that reveal a material’s spatial and dynamic properties across many length and time scales. VOR is the first neutron spectrometer designed to make these kinds of experiments possible.

Short for Versatile Optimal Resolution, VOR is a direct geometry spectrometer proposed by ESS Instrument Scientist for Direct Geometry Spectroscopy Dr. Pascale Deen and Dr. Anette Vickery, a former post-doc at the Technical University of Denmark’s Department of Physics. The instrument is designed to deliver up to two orders of magnitude more flux on sample than any existing chopper spectrometer. This improved beam intensity will provide, for example, insight into the fluctuating nature of biological systems, in situ studies of catalytic processes, and revelations concerning the global behaviours of exotic physics phenomena.

“The massively wide bandwidth of VOR will provide a correspondingly broad range of information over a huge dynamic range for each sample studied. Users should thus be prepared to expect the unexpected in a dynamic range they never would have studied on a narrow bandwidth machine,” says Prof. Tobias Unruh, Chair of the Crystallography and Structural Physics Department at Friedrich-Alexander-Universität Erlangen-Nürnberg (FAU), and Chair of the ESS Scientific and Technical Advisory Panel (STAP) for direct geometry spectroscopy. 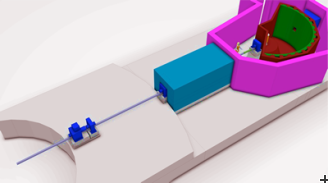 “VOR will set a new standard for first overview studies of new materials,” says Unruh, “and will probably be best suited as a high-throughput instrument for rapid access, and in demand by several communities, such as materials science and chemistry.”

The VOR chopper spectrometer is designed to measure, in a single shot, an extensive range of energies, and thus dynamic properties, in materials. The concept was defined by calls in the science community for an instrument that could measure kinetic behaviour in smaller samples—by delivering more neutrons to the sample—and broad-spectrum, one-shot measurements for samples that may be altered in the process and therefore cannot be measured a second time. 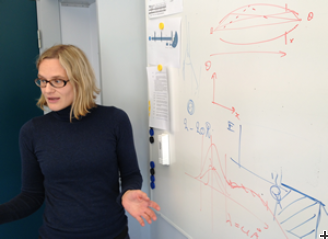 “If you can measure many smaller samples with the greater flux possible on VOR — and access whole regions of phase space — then it is possible to understand true global behaviour,” explains Deen. “Indeed, with the gains in flux provided by VOR, it will be possible to access wholly new scientific areas.”

The single-shot measurements, in combination with the enhanced flux, will enable rapid identification of unusual dynamics in materials, for example, that are promising candidates for high temperature superconductivity. Another likely use for the instrument is to provide a broad overview of samples that are prone to radiation damage, such as proteins or biomaterials. As such, VOR will address many vital research areas that also include carbon dioxide capture, gas and hydrogen storage, and soft matter studies. 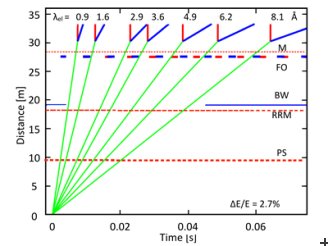 Neutron spectroscopy is a widely used technique to measure atomic and magnetic motions, but one that has traditionally been limited by the relatively low intensity of available neutron beams. This has meant that only materials for which it was possible to obtain large samples could benefit from the technique, which ruled out some and has meant months of sample preparation, with limited results, for others.

While it was known that ESS could deliver the high flux necessary to display data on dynamic processes, it was initially not clear how to develop VOR.

“One of our biggest challenges was that ESS is a Greenfield site,” states Deen. “There were no restrictions on the instrument parameters other than limiting the guide length to less than 300 meters. Parameter space was enormous, so it was difficult to know where to set the limitations. However, once the science case was defined, the length could be set and that led easily to the rest of the instrumental parameters.”

Deen, whose scientific interests include frustrated magnetism and heavy fermion systems, attended many scientific colloquia where colleagues expressed discontent over the current experimental limitations on spectroscopy studies. Particularly frustrating to researchers is the necessity to run numerous consecutive experiments in order to gain an overview of the kinetic behaviour within a given sample. Another recurring theme in these discussions is the fact that certain compounds remain beyond the reach of neutrons due to flux limitations. It became clear that the instrument of the future required a broad bandwidth chopper spectrometer that would provide very high flux.

The high sample flux that VOR delivers is optimised by a short instrument length in combination with a novel chopper configuration that ensures a more consistent flux level across the complete dynamic range of length and time scales to be probed. This is the Relative Constant (RC) energy resolution mode, unique to VOR, and is one of two chopper modes native to the instrument. The second is the more conventional spectroscopy option, Relative Variable (RV) energy resolution.

Dr. Vickery, whose work centred on software simulations for VOR, was responsible for defining the interplay between the two different chopper modes. Accommodating both on the same instrument, without any mechanical intervention, proved to be a distinctly difficult challenge. Explains Vickery, “We wanted the chopper system to provide the user with two opportunities—either constant energy resolution or variable energy resolution. I spent a long time figuring out the best solution, and it was a great feeling when I finally figured out how to do it.”

The elegant “soft” solution Vickery arrived at will enable VOR users to run experiments in each mode using the same choppers—by reversing the chopper rotation and altering offset times—eliminating the need for physically swapping out or rearranging the large chopper discs, a time-consuming and onerous process.

“In the middle of the night I woke up and could not fall asleep again because I was thinking about that problem,” says Vickery. “Crazy enough, I got this great idea. The next morning I implemented it in the simulations, and it just worked.” 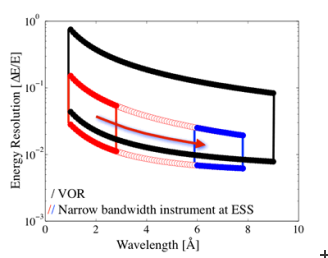 ESS pulse on VOR An overview of the broad wavelength band accessed during a single ESS pulse on VOR with the concomitant range of energy resolutions possible. A comparison with a narrow bandwidth instrument, such as C-SPEC, is shown. Figure: ESS

The groundbreaking RC mode will enable scientists to rigorously probe time-dependent phenomena useful for in operando and kinetic studies. The enhanced capabilities of the instrument in Relative Variable mode will, in turn, broaden the scope of soft matter studies possible using neutrons, an important step forward in the life sciences.

There is much excitement around the advancement of spectroscopy studies that ESS promises. The unique time structure of the ESS pulse provides the opportunity to build a short direct geometry spectrometer, VOR, with tremendous flux gains, as well as a cold chopper spectrometer, C-SPEC, optimised to provide high energy resolutions in combination with high flux. Together, these instruments are designed to take the field of neutron spectroscopy into frontiers where one should indeed expect the unexpected.