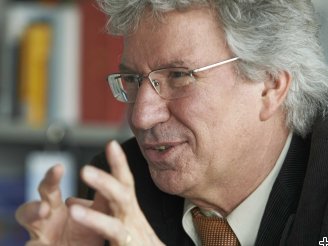 “In my time as vice president I want to emphasize the high value of science and research in the nuclear field for a leading industrial nation as Germany. Despite the planned nuclear power phase-out in, Germany has to continously take a leasing role in the nuclear research. Thus we have enough power to influence international standards and attract researchers from all over the world to Germany, which offers the necessary know-how”, says Prof. Petry on the occasion of his election.