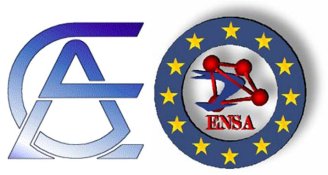 The European Crystallographic Association (ECA) and the European Neutron Scattering Association (ENSA) announced the call for nominations for the 6th Bertaut Prize in honour of the late Erwin Felix Lewy Bertaut, and in memory of his scientific achievements and cornerstones in crystallography and in neutron scattering.

The prize will be awarded to a young European scientist, with a career extending to 5 to 8 years after thesis defence, in recognition of notable experimental, theoretical or methodological contributions in the field of analysis of matter using crystallographic or neutron scattering methods. The amount of the prize is 2000 €.

The deadline for applications to the 6th Erwin Felix Lewy Bertaut Prize is the 20th of April 2013. More details for the procedure and guidelines for application are available on the attached pdf file and on the websites of ECA and ENSA.