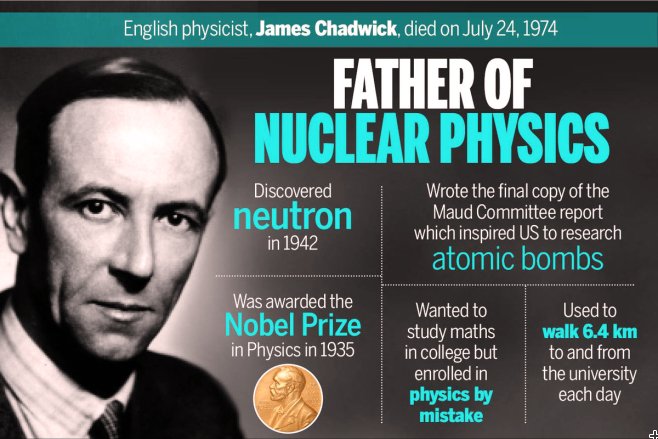 It’s the birthday of James Chadwick, who was born in 1891 in Bollington, England. Chadwick studied physics at Victoria University of Manchester and later joined Ernest Rutherford’s group there. Working with Rutherford – first at Manchester, then at Cambridge – Chadwick made a string of discoveries in nuclear physics that culminated in his 1932 discovery of the neutron. By the 1940s, Chadwick had become the most prominent nuclear physicist in Britain. He led British efforts to investigate the possibility of nuclear weapons and became a key member of the Manhattan Project.