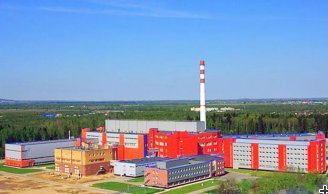 On September 1st a new cooperation project started, which is headed by MLZ partner JCNS: CREMLIN (Connecting Russian and European Measures for Large-scale Research Infrastructures) shall promote the EU-Russia cooperation in the planning, construction and scientific use of large scale facilities. The European Union supports CREMLIN under the European research program Horizon 2020 with around 1.7 million euros over three years. The JCNS leads the work package “neutrons” with the aim to integrate the Russian research reactor PIK, which is under construction at St. Petersburg into the European research with neutrons.

Tasks of the work package headed by Jülich are to define, among other things, the research programs of the PIK reactor and the European neutron research programs, to design the instrumentation on the basis of cross-border needs and to harmonize and simplify the access for researchers across the national borders. “This will give the research with neutrons in Europe a boost,” Dr. Alexander Ioffe from the JCNS is certain. He leads the work package.

Project partners in CREMLIN in addition to the JCNS and the Petersburg Nuclear Physics Institute are also the Technische Universität München, the Helmholtz-Zentrum Geesthacht as well as the Institute Laue-Langevin in France and the European Spallation Source in Sweden ERIC. They will organize workshops, schools and training courses on various aspects of development and construction of neutron instruments.

“Complex large-scale facilities can hardly be solely built and operated today by one country or one organisation, neither financially nor scientifically and technically,” says Helmut Dosch from DESY, the responsible for the work package “photons”. Russia is planning for some time the construction of new large-scale research equipment on its own country. While Russia is involved in European research facilities such as the European XFEL, FAIR, ESRF or the LHC experiments at CERN, CREMLIN should help conversely that European scientists engage to new Russian large-scale projects. In the coming years a number of European neutron sources will have to finish operation for reasons of age. The PIK source probably starting operation in 2018 will significantly exceed today’s neutron sources in their performance. Thus it not only closes the resulting gap, but also enables unique new research opportunities.