Rosen Scholar - Call for Nominations for 2016

Nominations for Rosen Scholar candidates are to be sponsored by at least one of LANSCE's Facilities. The deadline is December 4. 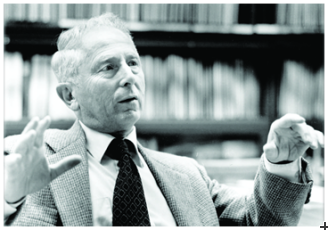 Nominations for Rosen Scholar candidates are to be sponsored by at least one of LANSCE’s Facilities: IPF (Isotope Production Facility), UCN (Ultra-Cold Neutron), pRad (Proton Radiography), Lujan Center, and WNR (Nuclear Science). The nomination package should include a two page research statement, a one page support letter from one of the sponsoring facilities and a recent CV.

The research proposal should address at least one of the following:
(1) Advancement of LANSCE’s research portfolio or mission and
(2) Future capabilities that advances LANSCE-based scientific research.

The nominee should arrange to have 3 letters of reference.

The Rosen Scholar is a fellowship created to honor the memory of Louis Rosen, his accomplishments, hard work, and affection for the broad range of science performed at LANSCE. Louis Rosen’s outstanding leadership and scientific career at Los Alamos National Laboratory (LANL) covered six-and-a-half decades and included conception of the Los Alamos Meson Physics Facility (LAMPF), during 1960, that culminated with its commissioning in 1972. LAMPF was a unique nuclear science research tool through the 1990s. Now called Los Alamos Neutron Science Center (LANSCE), the facility continues to play a paramount role in basic sciences and national security needs for the country. From his scientific vision to his kind and effective mentoring, Rosen’s tenure, from the Manhattan Project in 1943 till his passing in 2009, exemplified the best in leadership at all levels.