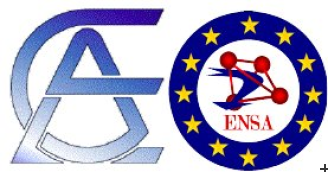 The prize is awarded to a young European scientist, with a career extending to 5 to 8 years after thesis defence, in recognition of notable experimental, theoretical or methodological contributions in the field of analysis of matter using crystallographic or neutron scattering methods.

Nominations for the prize may be submitted by European scientists as individuals (self-nomination excluded) or on behalf of a group. Nominations should include the motivation for the award, a brief curriculum vitae of the nominee and a short list of major publications. Letters of support from authorities in the field are accepted. Nominations for the prize will be treated in confidence and although they will be acknowledged there will be no further communication.

The nominations for the prize will be examined by a selection committee. ECA and ENSA will agree on the composition of a Selection Committee for the evaluation of the quality of the candidates and the recipient of the prize. Membership in the Selection Committee is obtained by invitation extended jointly by ECA and ENSA executives, with a delegate of each executive representing the associations. The Selection Committee is chaired by the representative of the association that organizes the prize ceremony for a specific year. The prize ceremony is organized at European conferences organized by ECA or ENSA. This year it will be awarded at the European Conference on Neutron Scattering 2015, ECNS2015, 30th August – 4th September 2015 in Zaragoza, Spain.

More details for the procedure and guidelines for application are available on the websites of ECA (http://www.ecanews.org/) and ENSA (http://www.neutrons-ensa.eu).