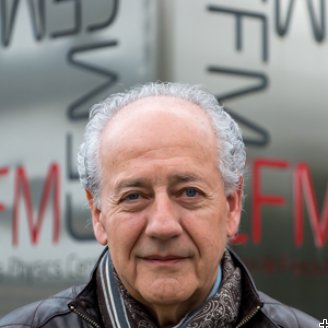 Professor Juan Colmenero Walter Haelg Prize 2017 Winner Professor Juan Colmenero.
The most outstanding contribution of Juan Colmenero in the field of neutron scattering on complex materials such as polymers or soft matter in general was the creation of a pioneering, unique and robust scientific methodology based on the combination of neutron scattering with different spectroscopic methods and molecular dynamics (MD) simulations. He was one of the first to recognise that in intricate soft matter systems often neutrons alone are not enough to tell us, “where the atoms are and what they do” and that neutron scattering and MD simulations are natural partners. Taking inspirations from classical polymer, soft matter and condensed matter physics, he followed an interdisciplinary approach addressing different topics such as the physics of non-crystalline solids, water, polymeric materials, soft matter systems, biopolymers and nano-structured materials. Early on he focused on the different relaxation processes that take place in glass forming polymers. There the special strength of his methodology is evident that is able to cover a huge frequency range and at the same time provides spatial resolution. Major results are:

During the last years Juan Colmenero focused on the structure and dynamics of more complex soft matter systems such as multicomponent, confined or nanostructured materials. This forced him to extend his strategy to coarse-grained simulations. In this direction, particularly remarkable are the recent and pioneering works dealing with the formation of single-chain functional soft nanoparticles by combining advanced chemistry, coarse-grained simulations and SANS.

Juan Colmenero graduated from the University of Navarra, Spain, In 1979 he took a postdoctoral position in the Minsterio de Trabajo, Spain. Thereafter he went to the University of the Basque country in San Sebastian (Spain), where he started as an assistant professor. In 1989 he was appointed full professor at the faculty of chemistry and became the director of the Materials Physics Department. From 1999 to 2013 he was director at the of the “Donostia International Physics Center” that promotes international collaboration around neutron scattering techniques and provides a meeting point in San Sebastian for scientists from all over the world. From 2001 to 2011 he was the director of the Materials Physics Center (CFM), CSIC-UVP/EHU. Juan Colmenero has significantly contributed to raise the profile of neutron scattering in Spain. He was one of the founders of the “Sociedad Española de Técnicas Neutrónicas (SETN)” and its first chairman. He is recipient of the “Xabier María de Munibe” Prize in Science and Technology (1998) of the Basque Parliament, the Euskadi Price (2000) of the Basque government and the gold medal of the Royal Spanish Physical Society (2003).