A life for neutron research: In mourning of Erich Steichele 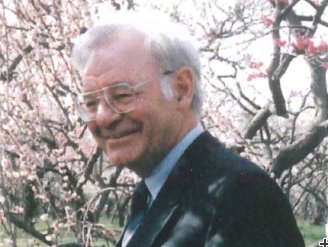 He developed the world’s first neutron time-of-flight diffractometer with a 150-meter-long neutron guide at the Atomic Egg in Garching and planned the instruments at the research neutron source Heinz Maier-Leibnitz. Now Erich Steichele has died at the age of 80 near Bad Wörishofen.

After studying physics at the Technical University of Munich and completing a doctoral thesis at the TU Darmstadt, Erich Steichele devoted himself to the construction of the time-of-flight diffractometer at the Atomic Egg in Garching, back at his alma mater. He did pioneering work, as confirmed by scientists of his generation. For example, Professor Izabela Sosnowska from Warsaw built a similar neutron diffractometer at the Russian reactor in Dubna a few years later. “He has perfected the neutron guide technique that was invented for the Atomic Egg on a large scale,” says Dr. Thomas Keller. Keller benefited during his time as a diploma student at the Atomic Egg from the “giant knowledge” of the then about 50-year-old Steichele, of whom one “could always ask questions”. The physicist has always demonized “order physics”, in which physicists order all parts completely prefabricated. Instead, wanted to build and construct as much as possible himself, true to his motto: “In simplicity lies the solution.” 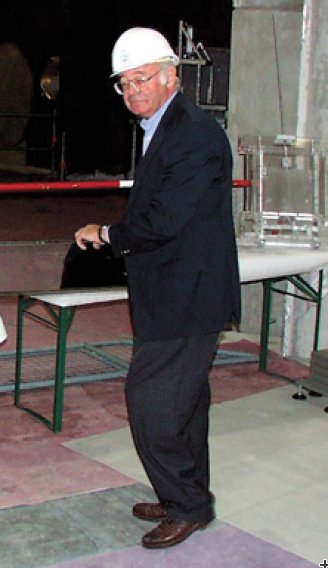 Dance floor for instruments and twisted neutron guides
Erich Steichele’s “children” were the first instruments of the FRM II: ANTARES, REFSANS, RESEDA. “He helped altruistically in planning the instruments,” says Dr. Thomas Keller, today instrument scientist at the Max Planck Institute for Solid State Research at the MLZ. Steichele developed the technique to bring as many neutrons as possible from the reactor to the individual experiments using neutron guides and trained the younger scientists who built their own instrument. “Together with colleagues, he contributed decisive ideas for the design of the beam tube noses”, says Professor Winfried Petry, former scientific director of FRM II and MLZ. The world’s first twisted neutron guide on the MLZ reflectometer REFSANS goes back to Erich Steichele’s idea and work. The research neutron source also owes Erich Steichele the so-called dance floor, on which the scientific instruments weighing several tons can move with a precision of one tenth of a millimeter. He had ordered granite samples from quarries around the world and measured their natural radioactivity. Granite from a South African quarry proved to be suitable because it had a low natural radiation. The native of Allgäu then consulted the stonemason resident in his hometown and persuaded the Bad Wörishofener to grind South African granite slabs precisely and, above all, to lay them down to micrometer accuracy, reports Professor Dr. Winfried Petry. 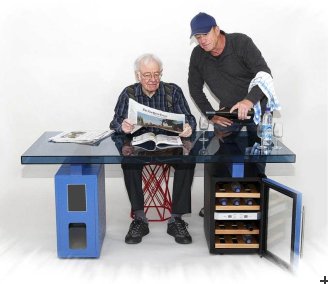 Still active in his retirement

For 37 years, Erich Steichele “devoted his life to neutron research,” as his sister Brigitte Hauptig reports. First at the Atomic Egg and later with the construction of the beam tubes, neutron guides and instruments for the research neutron source FRM II, until he retired in 2003. Retirement? For Erich Steichele, this meant continuing with his company NTK Neutronentechnische Komponenten GmbH in his hometown Bad Wörishofen, and using it to build neutron guides around the world. “He has conitnued to fiddle, even buildingdesigner desks made of neutron guides,” says his sister. Only at the age of 72 did Erich Steichele hand over his equipment to the newly formed neutron optics group of the FRM II in Garching, which also took on his long-term employee NTK GmbH Josef Weber and his know-how. Erich Steichele spent the last few years in his parents’ house in Bad Wörishofen, already very much marked by his severe illness, cared for by his younger sister and later in a retirement home. In Garching, Erich Steichele will always be remembered. “Research with neutrons, and especially the FRM II, has a lot to thank Erich Steichele,” says Professor Winfried Petry.