Developing new forensic techniques with the help of neutrons 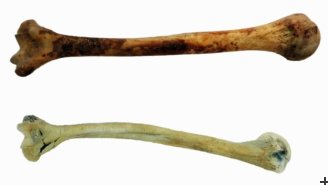 New forensic techniques to help with the positive identification of unknown victims based on their burned skeletal remains are being developed by bone experts working beside neutron scientists.

The research, which took place at STFC’s ISIS neutron and muon source, could also help shed light on archaeological discoveries of bones, both human and animal.

When human remains are found, some of the first questions asked are ‘what was the sex and age at death of the individual?’ By measuring the bones and matching their parameters to those of a missing person, forensic anthropologists may help forensic pathologists to make a positive identification.

However, if bones are subjected to burning they change in structure and often shrink in size. This poses a problem when establishing the biological profile of an individual with conventional forensic techniques, some of which are based on metrics of unburned bone. As a result, they cannot be directly applied to burned bones in a reliable manner.

Scientists from the University of Coimbra in Portugal are trying to solve this problem by investigating the changes in the atomic structure of bones, such as the degree of crystallinity, before and after burning. Using the ISIS instrument, MAPS, they have been able to understand the effects of burning on bones, by analysing the structure of unburned bone and comparing it to the structure of burned samples from the same skeleton and type of bone. 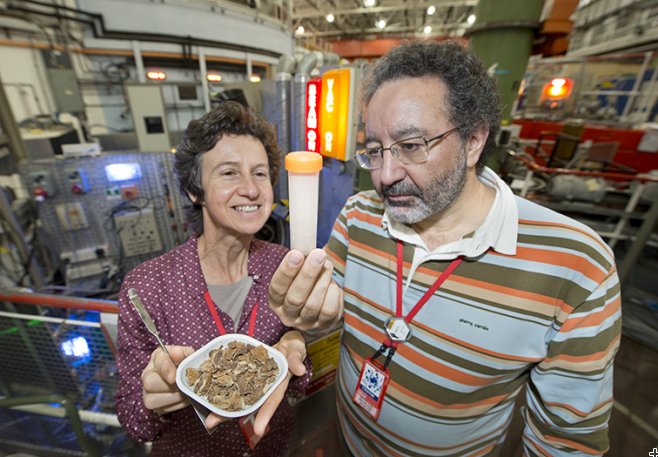 From the neutron scattering data, combined with other spectroscopic measurements such as infrared and Raman, scientists expect to be able to derive an accurate relationship that will allow them to return bones to their pre-burned dimensions, enabling the application of metric references obtained from unburned skeletons. As a result, the biological profile would then be estimated with much more confidence.

“We are at present quite confident [in this study],” says Prof Maria Paula Marques, from the University of Coimbra.

“The data we have got for the bones burned at 900°C matched very highly, almost 99%, to the hydroxyapatite reference, which means it’s a completely clean spectra from which we can get important and accurate relationships.” 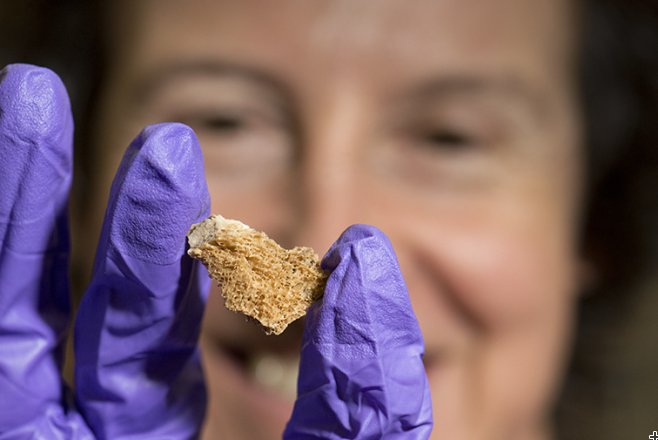 Researcher Maria Paula Marques (University of Coimbra) with a sample of unburned bone before it was powdered and submitted to the neutron beam. (C) STFC

The bones used in the study were taken from unclaimed skeletons from public cemeteries, which form part of the 21st Century Identified Skeletal Collection at the University of Coimbra. Looking at the humerus and femur from three different skeletons, the team experimentally burned the bones under controlled conditions, at 500, 700 and 900°C to see how heat-induced changes in bone structure vary at different temperatures.

The bones were then powdered before submitting them to the neutron beam at ISIS to investigate how burning affects the crystal structure of bioapatite within the bone. 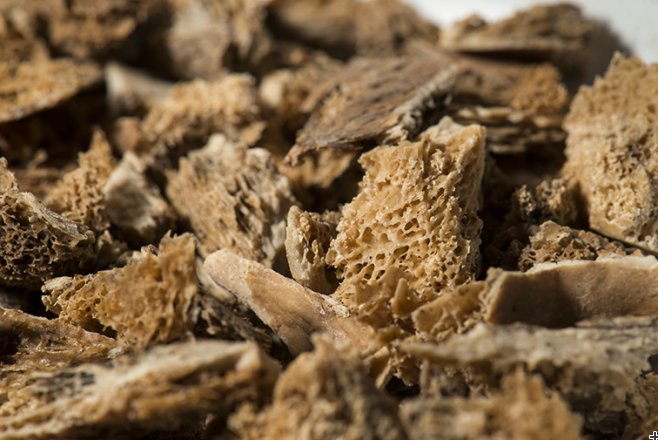 Along with forensic applications, results from this research will also increase understanding of bone in archaeological settings. Just like nowadays, cremation was a very popular funerary practice in the past and burned skeletal remains are often found in archaeological contexts.

“Bone is a remarkable material that’s ubiquitous across millions of species. It’s a biological mop that can soak up so much of the organism when it’s alive but also the environment when an organism dies,” commented Prof Phil Manning, from the University of Manchester who is also an STFC Fellow.

“I think this work will have huge implications for understanding burial environments in the past as well as less savoury events in our more recent past where human remains have been altered through various processes,” Manning added.

This study has featured on BBC News and the BBC World Service Science in Action Podcast (approx. 11:35min)