Mystery of an enigmatic impression in the braincase solved 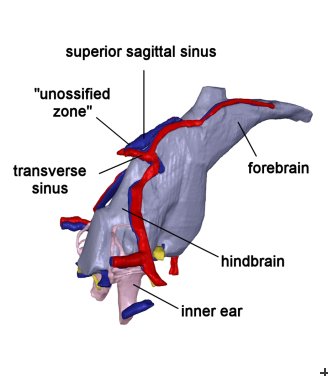 Since more than 100 years palaeontologists have speculated about the possible function of the so called “unossified zone”, which is an unossified space on the inner side of the skull roof at the level of the hindbrain of the mammalian ancestors, the therapsids. However, a wide range of interpretations exist. For example, it has been assumed that parts of the hindbrain occupied this cavity, that it was a functionless space in the skull roof or the cast of a blood-filled chamber. Now, Michael Laaß from the University of Duisburg-Essen could shed light on the function of this enigmatic brain cavity. In collaboration with Dr. Burkhard Schillinger from the MLZ he investigated a fossil skull of the ca. 255 million year old therapsid Diictodon feliceps by means of neutron tomography. Further measurements for comparison he conducted at the Paul Scherrer Institute in Switzerland.

Laaß: “Neutron radiography is a method, which is well suited to investigate internal cranial structures of fossil skulls. In contrast to X-rays, which often will be absorbed by the iron-rich matrix of the fossils, neutrons are well suited to penetrate them and produce a good contrast between bones and matrix.“ 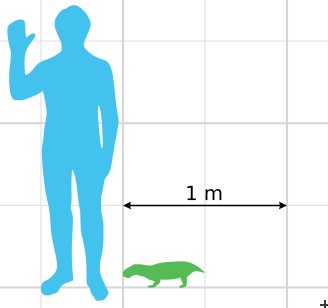 As a result, the more than 800 tomographic slices generated by Dr. Burkhard Schillinger revealed the presence of several canals of blood vessels, which terminated in the unossified zone of the tetrapod vertebrate’s body length. Diictodon was a member of the extinct herbivorous group of dicynodonts.

Until now, only little is known about the shape of the therapsid brain and its blood supply, because soft tissue is not preserved. As a consequence, information about the shape of the therapsid brain can only be deduced from the surrounding brain cavity. Unfortunately, the brain cavities of most therapsids were only incompletely ossified and preserved. Moreover, it seems likely that the brains of therapsids often did not fully occupy the braincase as it is also the case in modern turtles and reptiles. A further problem might be that blood vessels were often covered by the meninges.

Laaß: “Interestingly, Diictodon´s brain obviously was in close contact with the surrounding bones. Therefore, the brain and several blood vessels left sharp impressions in the braincase. It seems we found a needle in a haystack.”
These results enabled the scientists a less hypothetical reconstruction of the brain and its system of blood vessels of our far relatives.