In 2013 the UN published a report estimating that by 2050 over 20% of the world’s population will be 65 or older - the advance of medicine and the increase in global living standards means that the human race is living longer than ever before (1). An ageing population means that more of us are being diagnosed with age-related illnesses such as Alzheimer’s. In 2015, there were 46.8 million people living with dementia, costing the world economy over $800 billion. With an estimated 131.5 million Alzheimer’s sufferers by 2050, understanding Alzheimer’s is more important than ever. (2) 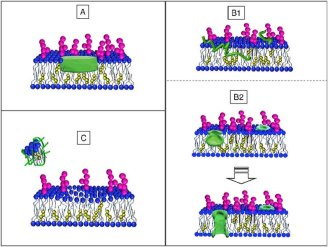 The mechanisms underlying Alzheimer’s Disease are not completely understood, but genetic, pathological and biochemical observations indicate that the progressive production and accumulation of β-amyloid peptides (Aβ) play a pivotal role. Neurons release these peptides in a soluble form that progressively generate different molecular assemblies from oligomeric to multimeric structures, ending up as fibrillar aggregates. Therefore, the role of first-stage Aβ peptide aggregation in the development of the disease and damage to the cells in the brain is widely accepted but the interactions remain unclear.

A collaboration between Institut Laue-Langevin (ILL), the department of Medical Biotechnologies and Translational Medicine at the University of Milano and department of Molecular Biochemistry and Pharmacology at the Institut for Pharmacological Research Mario Negri neutron reflectometry experiments to reveal the existence and extent of the interaction between Aβ peptides and a lone customised biomimetic membrane, and their dependence on the aggregation state of the peptide. The membrane, containing phospholipids, GM1 and cholesterol in biosimilar proportion, was designed as a model site for amyloid-cell membrane interaction. The ILL’s D17 reflectometer was used to investigate the interactions of different forms of Aβ with this synthetic membrane, imitating the outside layer of neurons found in the brain.

Neutrons are particularly adapted at measuring lighter elements such as those found in biological materials and are highly penetrating without causing damage as the equivalent X-ray beam would. In a neutron reflectivity experiment, the intensity of a neutron beam reflected by a surface is measured as a function of the momentum transfer perpendicular to the surface itself. Therefore, for stratified samples, such as with this membrane model, the D17 reflectometer is best-placed to give detailed insight into its structure and properties. The neutron reflectometry technique also reveals the transverse structural details of a bilayer, discriminating regions at different depths within the membrane.

Two conditions were focused on in this study: 1) when the Aβ peptide reaches the raft-mime surface already in the membrane-active structured-oligomer state and 2) when early, unstructured Aβ peptide forms are administered and peptide oligomerisation possibly takes place at the membrane. Both showed membrane-active species of Aβ peptide, namely early-labile and structured oligomers although differences exist in the extent and depth of interaction. Interestingly, these differences point at unexpected relative impacts on the membrane.

It was observed that structured oligomers are embedded as such in the outer leaflet of the membrane where they can constitute a seed for further Aβ addition and elongation. Reversely, it was found that early labile oligomers, easily dissolving to monomers, are captured by the membrane and deeply dig it towards the opposite side – this observation that there is an eventual deeper impact of monomers as compared to oligomers is surprising based on current concepts. This profile suggests that Aβ organization, starting from enclosed monomers, is templated by the membrane into a forming pore.

Another new concept as result of this study hypothesises a role for a short N-terminal sequence of Aβ in destabilizing the cellular membrane. Together with the known ability of seeds, formed by small peptide aggregates, in driving Aβ recruitment towards fiber formation, this new vision potentially enables us to identify new drug targets.
Laura Cantù, professor at the department of Medical Biotechnologies and Traslational Medicine, University of Milano says: “This destabilization of the outer membrane has a huge role in the harmful effects Aβ deposits are thought to produce. Excitingly, these results push us towards developing peptidomimetic compounds as a way of effectively modulating both amyloid aggregation promptness and stability, and amyloid interaction with cell membranes. In essence, finding a method to stop these sections of amyloid beta from weakening the outer membrane layer could bring us one step closer to finding an effective mechanism of halting the devastating progression of Alzheimer’s Disease.”

ILL’s Large Scale Structures (LSS) group leader and Head of the Soft Matter Science and Support (SMSS) group Giovanna Fragneto underlines: “The success of this study lies also in the great effort behind the optimization of sample preparation methods for neutron scattering studies of biological processes. Currently, there is great expansion in the area which contribute already to the research of treatments for numerous diseases”.

Given over 9.9 million new cases of dementia are appearing each year worldwide2, furthering research into Alzheimer’s Disease has never been more important. The aims of the study therefore highlight the impact of developing synergistic interdisciplinary research collaborations. The ILL is proud to be leveraging its powerful neutron beam in despatching novel techniques in the field. 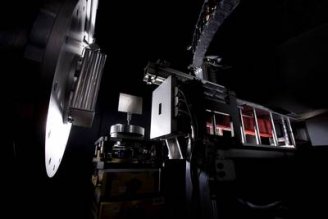