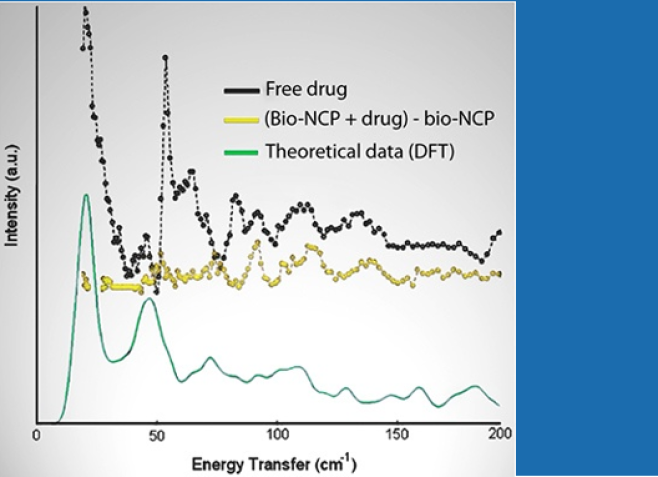 COPENHAGEN—A new drug carrier, a bio-nanocomposite (bio-NCP), has the potential to target cancer cells with less harmful effects on neighbouring healthy cells. That is according to results from a recent study published in Scientific Reports in Nature.

“Our in-vitro assays indicate that this bio-nanocomposite is able to interact and cause morphological changes in cancer cells,” says Heloisa Bordallo, associate professor of X-Ray and Neutron Science at Niels Bohr Institute (NBI), and advisor to ESS. “This system might also carry the drug in living organisms with reduced clearance rate and toxicity.”

In-vitro tests showed colon and lung cancer cells changed shape upon contact with the bio-NCP. However healthy monocytes, a type of white blood cell, and fibroblasts, a type of connective tissue cell, near to the cancer cells absorbed lesser concentration of the drug carrier and exhibited minimal change.

The research was carried out by a collaboration of scientists from the NBI at Copenhagen University in Denmark, Universidade Estadual Paulista (UNESP) in Brazil, the Paul Scherrer Institute (PSI) in Switzerland, the University of South Florida and Los Alamos National Laboratory (LANL) in the USA, and the European Spallation Source ERIC in Sweden. 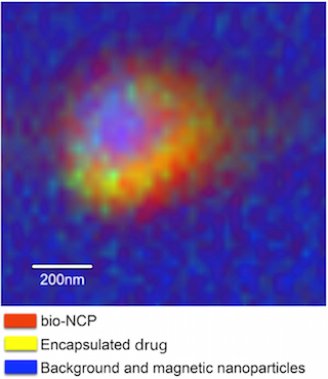 The encouraging results build upon earlier work to develop the bio-NCP by Murillo Longo Martins, guest researcher at Niels Bohr Institute. He also took part in this latest investigation. Generically, the new drug carrier is composed of anti-cancer drug Paclitaxel and (Mn-Zn) ferrite nanoparticles encapsulated together in a polymer nanosphere that is dotted with hydroxyapatite (HAP) crystals.

“Our work points out that such interactions ought to be evaluated in order to fully understand and control not only the encapsulation process, but also the potential releasing of the molecules,” says Murillo Longo Martins.

The researchers applied several advanced analysis techniques in the study. Near edge X-ray absorption fine structure (NEXAFS) spectroscopy and scanning transmission X-ray microscopy (STXM) revealed the chemical compositional map along with the visual analysis of the drug molecules distribution inside the bio-NCP. The dynamics of the encapsulated drug and a pure form of the drug were then compared using inelastic neutron scattering and Density Functional Theory (DFT) calculations.

The comparison aids in the understanding of how the bio-NCP’s structure influences release of the cancer drug. Specifically, it provides clues how to control the polymer-drug interaction inside the bio-NCP. This knowledge is key for potential development of the drug carrier in clinical trials.

The results suggest that the new bio-NCP will enable further promising development of drug delivery for cancer patients. They also highlight the value of neutron and X-ray techniques for medical studies.

“These experiments show that understanding the interactions between encapsulated drug molecules and nanoparticles or biocompatible matrixes is not an easy task and require the combination of several techniques,” says Bordallo. “To overcome current bio-medical challenges, such as making cancer treatments safer and more effective, strengthening interdisciplinary research relations is a key need.”