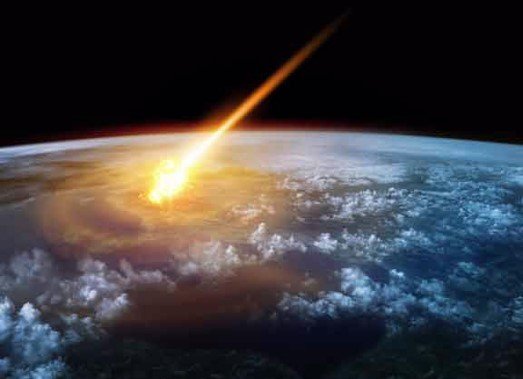 Neutron computer tomography at ANSTO has been used in one of the first studies to reconstruct the interior structure of rare iron meteorites non-invasively.

Floriana Salvemini and Ulf Garbe, Dingo instrument scientists, collaborated on a study of iron-nickel meteorites with co-investigators in Italy and Switzerland that has been published in a special issue of the journal Minerals, ‘Meteorites and Cosmic Mineralogy’.

The investigators wanted to validate the complementary application of imaging methods based on thermal neutrons at ANSTO and cold neutrons at the Swiss Spallation Neutron Source SINQ in Europe to structurally characterise iron meteorites. 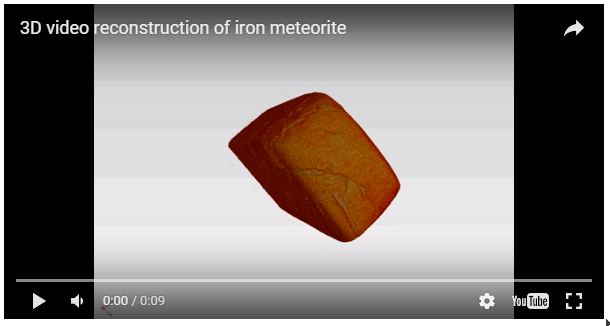 “Neutron computer tomography can be used on small or precious samples that you do not want to cut, polish and etch with acid; a commonly-used method used to characterize the interior structure of the meteorite,” said Salvemini.

Her co-investigators pointed out that, traditionally, data is obtained by means of metallographic investigations requiring cutting large parts, if not all, of the sample.

“In contrast, neutron tomography can be used without any damage, pre-treatment or preparation,” said Salvemini, who carried out the scanning and reconstruction at ANSTO.

The investigators also believe the approach is more efficient and accurate than traditional metallurgical investigations which provide only approximations of the three-dimensional crystal structure.

Iron meteorites are considered to be the splinter portions of an asteroid’s core which separated from the silicate in the asteroid after extensive melting and crystallisation that occurred during the early history of the Solar System.

They consist of iron alloys with variable nickel content associated with minor minerals (i.e. sulphides, phosphides) and are fairly rare compared to the stony meteorites, comprising about 5-7 per cent of witnessed meteorite falls.
Neutron tomographic imaging on Dingo and the ICON beamline in Switzerland assisted the investigators in discerning between the nickel-rich (taenite) and nickel-poor (kamacite) metallic phases of the meteorite.
Kamacite and taenite are cubic minerals in which the regular internal stacking of iron and nickel atoms follows the direction of the cube with planes of atoms intersecting at right angles.

Five types of iron meteorites from the natural history collection of the University of Florence were analysed in the study: Seymchan, Sikhote-Alin, Agoudal, Campo del Cielo, and Muonionalusta.

The tomographic images revealed characteristic Windmanstättan patterns, intergrowth of kamacite and taenite, which provide information about how quickly the meteorite crystallised between solid and liquid and how the concentrations of nickel and iron changed as the meteorite cooled down (a few degrees every million years). The higher the nickel content, the faster the cooling rate occurred, the narrower the kamacite lamellas are.
The size and shape of the interlocking bands, known as lamellae, can be analysed to classify iron meteorites by their structure as octahedrites, hexahedrites or ataxites.

The three-dimensional images and video clearly show two types of crystals, based on the average width of the bands.

The investigators examined the microstructure of the meteorite because it can also tell you about the secondary stages of metamorphism that a meteorite undergoes— plastic deformation, stresses and reheating that occur as it entering the earth’s atmosphere, during hypervelocity impacts or after by the movement of overlying material.

Volume rendering of one of the samples, the Muonionalusta, allowed the investigators to characterise the kamacite lamellae and confirm the meteorite had a fine octahedrite structure.

In validating their methodology the investigators found that the structural data they obtained was consistent with complementary metallographic investigations.

In comparing the use of cold and thermal neutrons, the investigators noted that although both approaches allowed the discrimination of kamacite and taenite, cold neutrons provided superior image contrast because of better beam attenuation with the lattice plane orientations of the crystallites.

Although conventional X-ray CT has been applied to planetary materials such as chondrite meteorites, stardust and meteorite debris, neutrons provide better sample penetration and higher contrast.

The study of meteorites can provide insight into the earliest conditions and processes during the formation and earliest history of the solar system, such as the age and composition of solids, the nature of the organic matter, the temperatures achieved at the surface and interiors of asteroids, and the degree to which materials were shocked by impacts.