Peering into a Molecular Magnet 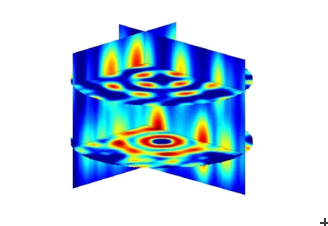 Single-molecule magnets could work as nanosized bits for future data storage technology. But, decades on from the discovery of the first molecular magnets, researchers still don’t have a good understanding of how the individual spins in the complex molecules interact. Now Paolo Santini of the University of Parma in Italy and his colleagues have characterized the spin couplings in the archetypal molecular magnet, the twelve-ion manganese cluster, Mn12. The results—based on neutron scattering—could help in chemically designing new molecules with desired magnetic properties.

The Mn12 molecule has a central core of Mn ions surrounded by organic ligands. In its ground state, the spins of the ions align with each other to give the molecule a large magnetic moment. This alignment, or magnetization, is surprisingly stable, with a relaxation time of two months at a temperature of 2 K. The spin states in Mn12 have previously been studied with inelastic neutron scattering (INS), but only the magnitude of the momentum of the scattered neutrons was recorded, so no definite determination of the spin couplings was possible. Recently, however, new detector arrays have been installed that measure scattered neutrons in four dimensions: the three momentum components plus energy.

The team obtained four-dimensional INS data for Mn12 molecules, using the ISIS neutron spallation source in Oxfordshire, UK. The detailed scattering maps revealed the precession patterns of ion spins when the molecule was excited. By analyzing this behavior, the team determined the coupling strength between the different spins. The results could help researchers finally understand the long relaxation time of Mn12. More generally, the work shows the power of four-dimensional INS in characterizing magnetic molecules.