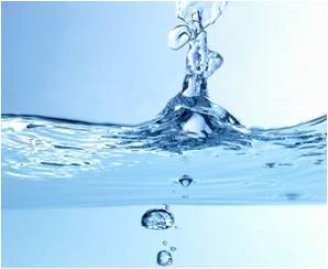 Liquid water, the most familiar liquid, is still not completely understood, even less so all the processes in which it participates. The directionality of the bonds and quantum aspects make the establishment of a complete theory difficult, particularly in the case of effective potentials built with spherical electrostatic forces. Recent work has focused on the hydrogen bonds formed between water molecules or with hydrophilic substrates. We describe the present situation of research concerning the so-called anomalies of liquid water at low temperature. Although without direct applications, this problem is consistently an object of discussion, enhanced by results from molecular dynamics simulations. Conversely, because in many situations where water plays a major role, such as, for example, in biology, only a few molecules are involved, the study of confined water is extremely important, sometimes decoupled from the more fundamental studies of bulk water. A short, but far from exclusive, summary of some of the more active domains of research concerning liquid water is given, mainly concerning interactions with other media.

Original Publication
Recent experimental aspects of the structure and dynamics of liquid and supercooled water, José Teixeira, Molecular Physics: An International Journal at the Interface Between Chemistry and Physics, 110(5), 2012