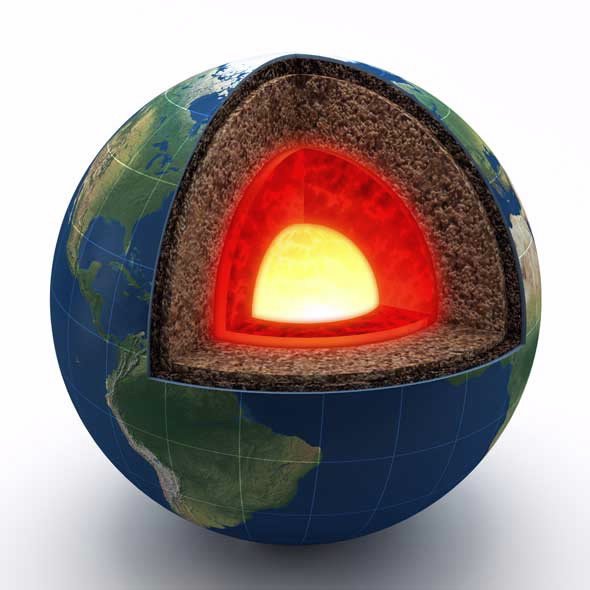 ANSTO has collaborated on research with Macquarie University to clarify the origin of microstructures in metamorphic rock found deep in the Earth’s crust and mantle impacted by mineral-bearing fluids.

The study, led by Liene Spruzeniece and Sandra Piazolo of Macquarie University, has been published in Nature Communications.

According to the paper authors, failing to correctly interpret the origin of such microstructures could result in errors in large-scale geological reconstructions.

Neutron scattering on the Wombat high intensity powder diffractometer was used to investigate the changes in crystal structure and orientation when potassium bromide crystals (KBr) were exposed to a hydrous solution saturated with potassium chloride (KCl-H2O).

“Even though during this interaction with the fluid, the potassium bromide undergoes a significant chemical transformation that involves a complete destruction of the original crystal lattice and immediate substitution by a new potassium chloride structure, the overall crystal orientation remains unchanged,” explained co-author and instrument scientist Dr Helen Maynard-Casely. 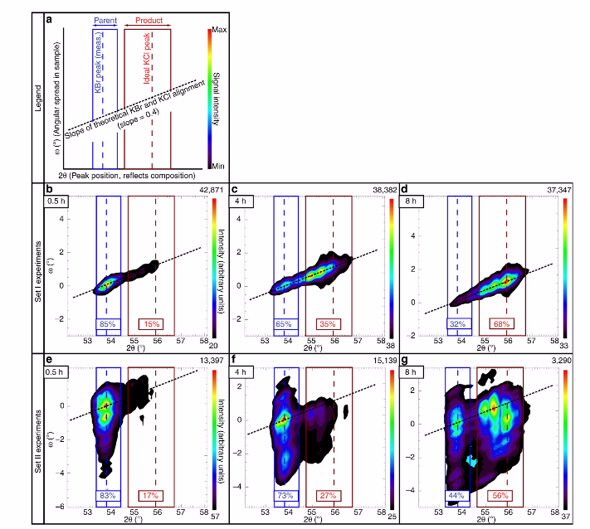 The team found a close alignment of the parent and product mineral reflection peaks in the neutron diffraction data.

“The salt crystals are analogues of the actual minerals found in the crust and mantle and are used because the actual time scales involved in these processes in real time are over millennia.”

“Obviously these reactions happen a lot more quickly. We used time intervals of half an hour, four hours and eight hours in the experiment,” said Maynard-Casely.

The research was undertaken to determine if microstructures within metamorphic rock formed by dissolution-precipitation reactions could be confused with microstructures created by plastic deformation events and tectonic processes within the earth.

It is believed to be the first experimental study in which microstructural development during fluid-rock interaction was explored with high resolution characterisation techniques, including backscatter electron imaging, energy dispersive X-ray spectroscopy, electron backscatter diffraction and neutron diffraction analysis.

The authors suggest the unique insights are important not only for a fundamental understanding of rocks and their economic potential.

“The advantage of using neutrons is that they penetrate the crystal all the way through the lattice, while the X-ray data applies to a few nanometres at the surface of the material,” said Maynard-Casely, who is an expert in investigating planetary materials.

Importantly, the research also revealed that new microstructures can be created during mineral interaction with a fluid that resemble typical characteristics of minerals deformed at high pressure and temperature conditions. The paper offers criteria to distinguish these fluid-reaction generated features from real deformation microstructures in minerals.

All experimental procedures and sample characterisation took place at Macquarie University. The neutron diffraction was undertaken at ANSTO’s Australian Centre for Neutron Scattering.

While this research focused on geology of the Earth, Maynard-Casely sees potential applications in planetary science where similar processes occur.

The lead author, Liene Spruzeniece, will be undertaking post doc research at ANSTO’s Australian Centre for Neutron Scattering this year.