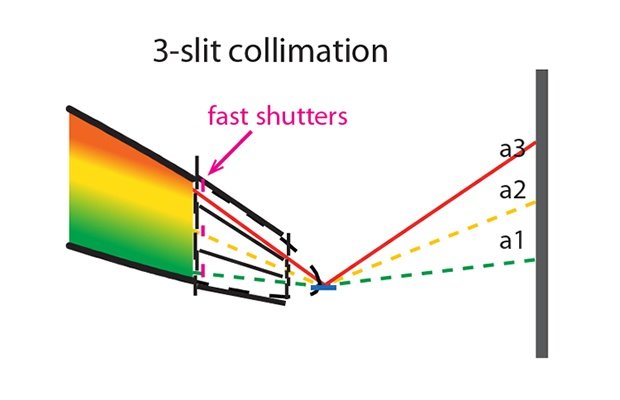 This is the eighth in a series of articles highlighting the instruments selected to enter Phase 1: Preliminary Engineering Design, for the European Spallation Source (ESS) suite of instruments. Twenty-two instruments are anticipated at ESS. The instruments in this series are expected to enter the ESS user program by 2023 and will address the needs of the ESS core user community. They have been selected through a rigorous but inclusive, community-based process that begins with an open call for proposals, moves through reviews by experts inside and outside ESS, and ends with a recommendation to advance into Phase 1 by the European Spallation Source ERIC Council. The full proposal and selection process is described here

BY REFLECTING NEUTRONS OFF THE SURFACE of a material or tissue, scientists can learn about the density, thickness, and texture at the boundary of the substance and its surrounding environment. This is the science of reflectometry instruments, and the high flux and unique time structure of neutrons delivered by the European Spallation Source (ESS) is expected to boost the performance of reflectometers by one to two orders of magnitude over instruments in current operation.

The ESS instrument FREIA—the Fast Reflectometer for Extended Interfacial Analysis—leverages the advantage of higher flux to improve the time-resolution of kinetic experiments that measure how surface structures, both biological and synthetic in origin, evolve over time. The instrument was proposed by ESS instrument scientist Hanna Wacklin. Anette Vickery, who worked on FREIA first as a post-doc with the University of Copenhagen and later at the Technical University of Denmark, is the instrument’s co-proposer.

“FREIA is designed to study surfaces that are horizontal, meaning that it can study what happens at free liquid surfaces as well as solid surfaces,” says Roger Pynn, physics professor at Indiana University in Bloomington and member of the ESS Scientific and Technical Advisory Panel (STAP) for reflectometry. “It is also designed to be able to access shorter length scales than we can currently probe with neutrons and to do experiments quickly so that we can look at surfaces as they change.”

A New Era for the Science of Thin Films

The result is data from FREIA that can be compared to a film, whereas currently what reflectometry experiments provide is the equivalent to a series of photographs. What’s more, FREIA can provide this insight from multiple angles simultaneously and at the nanometric scale.

“Short length scales are important,” explains Prof. Pynn, “because we are always trying to make surface features smaller and smaller—both to improve technologies and because small things often behave in different ways than large things. Basically, atoms on a surface experience different environments to those deep inside a material, and this gives surfaces and very thin films interesting properties.”

The FREIA reflectometer measures three angles of reflection simultaneously in very thin films. Its construction is highly optimised for the study of structural changes during processes such as biological and chemical surface reactions, diffusion, and encapsulation or release of components in, for instance, pharmaceutical drug delivery materials. The instrument is also able to make these measurements without requiring the sample to be repositioned to achieve different reflection angles, which both saves time and is required for very fragile thin films on liquid surfaces.

FREIA covers roughly 85 percent of the ESS reflectometry science case and will impact research on soft condensed matter important for many applications in the food and personal care industries; polymer composites in photovoltaic devices such as solar cells and organic light-emitting diodes; and it will open new research opportunities for studying the biology of proteins and cell membranes. In its polarised mode, FREIA will also allow the study of magnetic surface films in, for example, data-storage materials on larger sample areas than the focusing ESTIA reflectometer, a complementary instrument being built for ESS.

As early as 2006, neutron instrument scientists and simulation software specialists from around Europe initiated a series of ESS workshops to discuss innovative instrument concepts. It was during one of these meetings, held on the Swedish island of Ven in 2008, that preliminary design considerations were discussed for reflectometer concepts at ESS. The meeting resulted in the development of ideas that included the use of two or more angles reflected simultaneously from a sample to allow for fast kinetic studies.

“We had to design a neutron guide system that transports a broad spectrum of neutron wavelengths to the sample with appropriate time-resolution and a sufficient angular range for the intended experiments,” explains Dr. Wacklin. “At the same time we had to keep the background levels as low as achievable, as neutron reflectometry is very sensitive to this, by using curved neutron optics that avoid a direct line of sight from the sample to the ESS neutron source. Although the idea is quite simple, it is not so easy to achieve in practise.”

With these and other concepts in mind, Wacklin and her colleague Dr. Vickery set to work in the summer of 2011 on a neutron guide feasibility study investigating several different options.

The most exciting moment in the FREIA project came when Wacklin and Vickery’s study revealed that an elliptical-shaped neutron guide could transport the beam as desired while exploiting the full length of the 2.86 millisecond pulse of the ESS source. This meant the instrument could be designed to focus a neutron beam with a broad angular divergence and wavelength band onto a horizontal sample surface.

“FREIA can do most measurements without moving the sample, and there is no other instrument in the world that can do this. A special design feature is a fast shutter system that will allow single ESS pulses to be directed at the sample at different angles of incidence,” explains Wacklin. “This effectively means that a single simultaneous measurement can be made where three consecutive measurements would otherwise be necessary.”

This unique and versatile system for fast collimation, or alignment, of the beam is the key to FREIA’s capability for research of fast dynamic processes as a function of time. The feature also makes it easier to work with fragile samples or samples such as liquids that should not be tilted during experimentation.

Active in the instrument’s kinetic mode, the fast-shutter system uses synchronised shutters to either block neutrons or allow them to pass through three pairs of adjustable, horizontal slits. As one shutter closes a slit pair to stop neutrons, the next shutter in sequence opens a slit pair to let neutrons pass in a cycle that at it shortest corresponds to three ESS pulses (or a measuring time of about 200 ms). The length of the time-cycle and the slits can be adjusted to select the desired angles at which neutrons should hit the sample—depending on the material or process to be investigated.

Software simulations not only provided proof of the concept’s potential, but played a key role in the team’s efforts to optimise the novel guide system.

“One strength of the simulations is that a lot of details can be included, such as the interplay between the many instrument components,” said Dr. Vickery. “However, it is my experience that supplementing the simulations with analytical calculations adds considerable weight to the simulations. And, also important, [doing so] identifies bugs and mistakes in the simulated results. It has been a really interesting, exciting process, and the collaboration has been extremely valuable.”

FREIA’s design includes two additional, interchangeable guide sections for other types of measurements. One section provides conventional collimation for measuring a single angle of incidence on small samples, and the other section, an inverted beam geometry configuration, uses a deflecting mirror to achieve the necessary scattering angles from beneath the sample surface rather than from above, which is useful for the study of in situ environments and the interfaces between immiscible liquids, like oil and water, that are important in many technological processes.

The instrument’s polarisation capability also enables the use of magnetic contrast variation, an emerging technique that can enhance the measurement resolution in samples placed on top of a magnetic surface film.

A Memorandum of Understanding (MoU) was signed on December 4, 2015, between the European Spallation Source and the UK’s Science & Technology Facilities Council designating the ISIS neutron science facility as lead partner in the construction of ESS instruments LoKI and FREIA. The agreement means that FREIA can now move into preliminary engineering design, the first step in the process of construction. 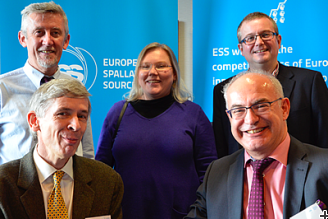 ISIS, in Oxfordshire, is the longest operating spallation source in the world and hosts five reflectometry instruments that address a range of research areas. Sean Langridge, head of the Diffraction and Materials Division at the facility and a former member of the ESS Scientific Advisory Committee, reflected on the collaboration between ESS and its British partner.

“Nanoscale materials are becoming increasingly important to modern society and there is an enhanced need for techniques that can spatially describe their properties,” explained Prof. Langridge. “Reflectometry is one such technique, and our work with ESS to build FREIA will augment this spatial resolution. With the exception of some notable examples, the kinetic studies enabled by FREIA are a largely unexplored frontier and will certainly deliver new insight that will be of interest to both academic and industrial users of ESS.”