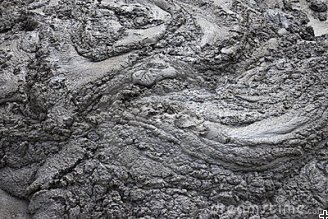 The expanding global population requires new infrastructure to support it, and there is an increasing demand for durable, environmentally sound building materials. Studies at ISIS have shown that adding ash generated as waste from sugar production could make cement stronger, able to withstand higher pressure, and less likely to crumble. Not only that, the cement is cheaper to manufacture and generates less carbon dioxide to process. Key to the improved performance of the cement is its resistance to water penetration, and studies on the IRIS instrument at ISIS are helping to understand the underlying mechanism. The results have been published in the journal Scientific Reports.

When sugar cane is processed, leftover fibre waste is burned as fuel, which in turn generates waste ash. In some countries, including Cuba and Brazil, this is disposed of by adding it to cement mixtures. A group of scientists from Denmark, Brazil, Australia and the UK have used neutron spectroscopy to analyse cement samples containing varying amounts of sugar cane ash. The aim was to understand how the water in the cement is chemically bonded and how free the water is to move within the cement.

The experiments showed that in cement mixed with around 20% ash, water in the cement pores was bound to the ash and moved around less. This explains why the ash cement is stronger, can withstand higher pressure and is less likely to crumble. This is due to the presence of a distinctive hydrogen bond network at the nanoscale.

“The cement industry is huge and if they are to adopt a new idea, they need to have proof that it works,” says Heloisa Bordallo from the Niels Bohr Institute in Copenhagen, who took part in the study. “Using quasi-elastic neutron scattering we have now studied cement mixed with ash and shown what is happening and why it is stronger. Cement production uses a lot of energy and emits large amounts of CO2, because it needs to be heated up to very high temperatures. Cement production accounts for 5% of global CO2 emissions. If you replace 20% of the content with ash, you are saving both CO2 emissions and raw materials, as you use 20% less by utilizing a waste product like ash.”