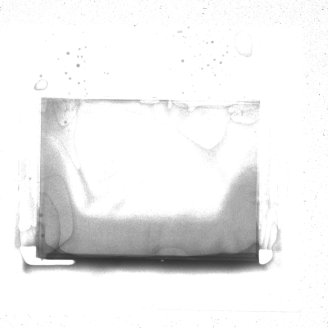 Lithium-ion batteries are more than 20 years in the market and work well. In recent times however, the demands on their performance and service life are increased dramatically, because they are used by the energy transition for electro mobility and in large stationary power storage devices. Therefore, they are now worldwide intensively researched in all facets – also at the MLZ. A substantial research is also needed in terms of cost reduction. In addition to use cheaper materials, the costs can be reduced by more efficient production processes. As a difficult and critical step of the battery production, a uniform filling with electrolytic liquid has asserted itself. This procedure cannot be simply transferred to the necessary large-scale exposure, but it is a step, by which enormous costs can be saved to foster, for example, the market success of electric cars. Thomas Knoche and his colleagues of the Institute for Machine Tools and Industrial Management of TUM and the MLZ have focused on the so-called pouch cells and examined their filling by means of neutron radiography.
Usually, the battery cells are filled in vacuum, sealed and then stored until the electrolyte is evenly distributed. In the much larger pouch cells, this process takes much more time than it takes for the usual small household batteries, firstly because of the longer flow paths; the other is the risk of more air pockets by the greater volume. Here money can be saved, if the process can be made more efficient through better distribution of liquid and if thus allows a shorter storage period. “Although this process is not at all unknown and some patents have been applied to it, it is scientifically not really understood. Previously, we only could speculate about what happens inside the cell during the filling” says Thomas Knoche. “We wanted to change that, especially as we found across the street on the campus the right neutron instrument: ANTARES In the frame work of the BMBF project ExZellTUM engineers and physicists at ANTARES have built an automatic filling system and were using neutron radiography to watch the pouch cell’s filling. They were able to directly observe how the electrolyte is distributed between the electrodes. The battery cells were made at iwb in a production line specially established for research purposes.

The neutron radiography has been found as extremely helpful for these experiments. The scientists were able to draw valuable conclusions on the production process. The electrolyte must flow into the cell in one direction, so that the risk of gas inclusions is reduced. Removing air bubbles after the electrolyte filling process is associated with considerable technical effort. Moreover, air bubbles can be hardly detected except by neutron radiography. The exact position of the filling needle and the applied pressure play an important role for the exact filling. Ralph Gilles from MLZ explains this effect: “We were able to find out that by lowering and increasing the pressure the electrolyte fluid distributes better between the electrodes.” Engineer Thomas Knoche adds: “This result is very important for the development of process technology and can definitely reduce the manufacturing costs of such batteries.”