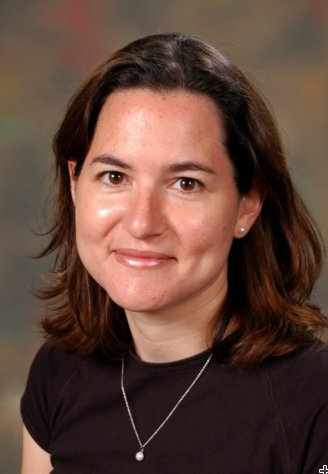 I am a chemical engineer by background with a PhD in polymer thermodynamics, who then moved to the world of neutrons to probe polymer dynamics. Since then, my research focuses on using neutrons to answer a diversity of questions in Soft Matter and Bio-relevant problems.

I started as a neutron user during my postdoc using neutron spectroscopy, in particular quasi-elastic neutron scattering, to understand the effect of the dynamics of polymers in a blend. During this time I was also exposed to diffraction, SANS and reflectivity techniques but did not use them that much. All my experiments were performed at the NIST reactor in Gaithersburg, MD, USA. I then joined the reactor as an Instrument Scientist on the backscattering spectrometer HFBS. This time was the highlight of my career, great instruments, great people, great working culture and great science. I can say that 90% of what I know about neutron scattering was taught to me by colleagues at the NIST Center for Neutron Scattering (Thanks guys! Missing you all x).

I moved on from there to understand how neutron scattering worked in Europe and in a spallation source, at ISIS in the UK. They are very complementary! At ISIS I continued working mainly on the neutron backscattering spectrometers but I also have used other instruments. The latest is work on the Vesuvio spectrometer, in irradiation mode, to look at the effects of very energetic neutrons on polymers for solar cell applications.

1998-2002: PhD in Polymer Solution Thermodynamics @ Imperial College, London, supervised by Prof. M Trusler and Dame J. Higgins – funnily enough Julia is one the pioneers of neutron scattering studies in polymers but I did no neutron scattering during my entire time with her!

2002-2005: Postdoc @ Chemical Engineering in Penn State University, USA – this was the beginning of my neutron career. All neutron experiments were performed at the NCNR.

2005-2007: Instrument Scientist on HFBS @ NIST Center for Neutron Scattering (NCNR), Gaithersburg, USA – it felt like I had been there pretty much since 2002!

Nearly 100 (phew!), as a result of great collaborations over my scientific career. The ones I’m most proud of are:

A review:
V García Sakai and A. Arbe, Quasielastic neutron scattering in soft matter, Current Opinion in Colloid & Interface Science 14 (2009) 381-390 – review of my field of expertise.

I find that this is always a hard question since I don’t really have a particular person. For sure, my dad has always inspired me to try my best and work hard, and alongside him, his brother, my older uncle, inspired me to be a good person, that’s the most important thing.

But career-wise, all I can say is that I have been lucky to work with a number of people that have inspired (and do inspire) me and from whom I know I can learn new things – in fact I’m probably not going to do well working with people that do not!
In particular I remember three important lessons:

Dan A. Neumann – made me make a tough call with the velocity selector on HFBS and Terry, but it made me make a decision and take responsibility for it.
Ian S. Anderson – Take care of the golf balls first; the rest is just sand.
Robert McGreevy – Keep knocking on the door, one day they will open it.

I am facing it right now – trying to accomplish as much post-baby as pre-baby. In particular, being scared stiff of a Plenary talk I have to deliver in July 2017.