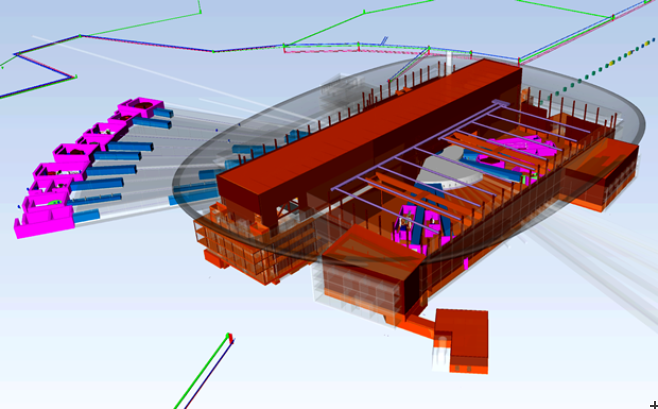 LUND – The European Spallation Source (ESS) Science Advisory Committee (SAC) held a three-day meeting in Lund last month to evaluate the latest round of instrument proposals for ESS, Europe’s next-generation neutron science facility. The objective was to rank the proposals so that four new instruments could be selected to move toward construction. Recommendations from ESS and its collaboration partners will in turn be evaluated and finalised by the ESS Steering Committee (STC) in their October 2015 meeting.

“These proposals were the culmination of years of work by experienced teams of instrument builders and users from all around Europe, aiming to develop the next generation of instruments for the world’s most powerful neutron source,” said ESS Director of Science Dimitri Argyriou. “We thank all proposers for their zeal and enthusiasm for pushing ESS forward with these proposals.”

The ESS SAC is a 22-member external expert advisory group that works closely with the ESS Science Directorate’s Scientific and Technical Advisory Panels to evaluate instrument proposals for the facility. At the May meeting, the STAPs presented the committee with 10 proposals that originated with various ESS partner institutions and consortiums throughout Europe. The SAC in turn prioritised the proposals based on scientific merit and relevance to ESS, with a mandate to rank the 10 proposals from top to bottom. The SAC is chaired by Prof. Dr. Andreas Meyer, Head of the Institute for Materials Physics in Space in Cologne, Germany, and Dr. Sylvia McLain of the University of Oxford Biochemistry Department in the UK.

Noting that all of the presentations were of “very high quality both in terms of the instrument designs and in terms of the respective scientific cases for support”, the SAC recommended the following for construction:

Special mention was made in the report that the fifth-ranked instrument type, a neutron spin-echo machine, should be revisited as a concept within the next two years, noting that such an instrument would be an essential addition to the ESS suite. Two spin-echo instrument proposals were submitted and jointly ranked in the fifth position: RESPECT, proposed by scientists at the Technical University of Munich, and ESSENSE, proposed by scientists at the Jülich Centre for Neutron Research.

The ESS Science Directorate and its Instruments Collaboration Board (ICB)—representatives from ESS partner institutions tasked with identifying the resources and in-kind contributors required to build each instrument—now have before them the job of assessing the resource and budgetary impact of the new instruments on the overall suite, including the 12 instruments selected in 2013 and 2014. If necessary, adjustments will be recommended among the 16 instruments in order to maximise the scientific coverage of ESS. These recommendations will be presented at the October STC meeting where the selection of the first 16 instruments will be finalised.

The SAC recommendations made last month represent the culmination of a four-year peer-review selection process to identify the first 16 instruments at ESS. Going forward, new procedures will be put in place for identifying and constructing additional instruments to be built outside the scope of the ESS construction budget. Six additional ESS instruments are expected to be built in this manner, bringing the ESS instrument suite to an anticipated 22 instruments.

In the context of the 22-instrument suite, the SAC emphasised the urgency to build instruments for those communities underrepresented in the initial suite of 16, including spin-echo spectroscopy, fundamental physics, GISANS, and extreme conditions diffraction. For the proposed instruments in these classes, the SAC found that the strong science cases demonstrated a need for such instrumentation at ESS, but considered it less urgent to include them in the initial suite.