Positrons as a new tool for lithium ion battery research 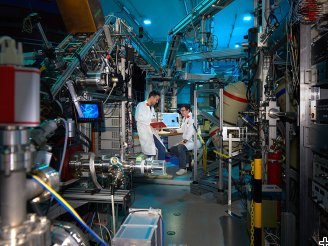 Rechargeable lithium batteries with cathodes comprising nickel, manganese, and cobalt, are viewed as the most potent today. But they, too, have a limited lifespan. Already in the first cycle they lose up to ten percent of their capacity. Why this happens and what can be done to alleviate the ensuing gradual loss of capacity has now been investigated in detail by a team of scientists using positrons at the Technical University of Munich (TUM).

So-called NMC batteries, whose cathodes are made up of a mixture of nickel, manganese, cobalt and lithium, have largely displaced conventional lithium-cobalt oxide batteries in the market. They are cheaper and safer, and are thus deployed in electric and hybrid cars, among other applications.
But ultimately, less than 50 % of the lithium atoms contribute to actual capacity. While electrodes investigated at the TU Munich released 62 percent of their lithium atoms during the first discharge, only 54 percent of them returned upon recharging.

Although the loss is significantly lower in subsequent cycles, the capacity continues to decrease gradually. After a few thousand cycles, the remaining capacity is so small that the battery becomes unusable.

Investigations by other groups have shown that during charging not all lithium atoms find their way back into the respective vacancies in the crystal lattice. However, previous methods were not able to shed light on the underlying atomic processes.

The solution, as so often, lay in interdisciplinary collaboration: Irmgard Buchberger, researcher at the Chair of Technical Electrochemistry at TU Munich turned to Stefan Seidlmayer, who also researches battery technologies in the Heinz Maier-Leibnitz Center (MLZ) at the neutron research source FRM II. 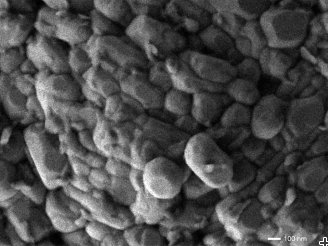 He organized the contact to Christoph Hugenschmidt, who supervises the NEPOMUC instrument at MLZ. The instrument generates positrons, the antiparticles to electrons. They can be used to directly search for vacancies in crystal lattices.

“As extremely small and tremendously mobile particles, positrons can fly right through matter. When they meet an electron, they are instantly annihilated in a flash of energy. When they find a vacancy in the crystal lattice, they survive significantly longer,” explains Markus Reiner, who conducted the experiments at the NEPOMUC instrument.

Since the positrons remain briefly trapped in vacant spots of the lattice before they ultimately decay, positron annihilation spectroscopy, as the technique is called, can be used to draw precise conclusions on the immediate surroundings – and that with a very high sensitivity that allows the determination of vacancy concentrations as low as 1:10 million.

The study clearly shows that lingering “voids” in the lattice of the cathode material accompany the irreversible loss of capacity, and that this blockage is attributable to the failed refilling of vacancies in the material.

“Now it is up to us, as chemists,” says Prof. Hubert Gasteiger, Professor of Technical Electrochemistry. “Using targeted modifications of the cathode material, we can search for possibilities to circumvent this barrier.”

“The Garching Research Neutron Source is an extremely useful instrument for battery research,” says Ralph Gilles, who coordinates the measurements at FRM II for the ExZellTUM battery research project. “Using neutrons, we can observe small atoms like lithium very well while in operation, even through the metal casing. With positrons, we have now developed a further option for understanding the processes better and improving them.”

The research was funded by the German Federal Ministry of Education and Research (BMBF) in the context of the ExZellTUM project. Operation of the Coincident Doppler-Broadening Spectrometer used in the study was also funded by the BMBF.