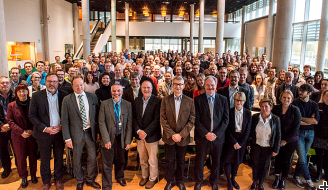 Stepping down in the middle of on on-going project is not easy. Yeck said the pace of the project is so intense that even in his last week leading the project, he took feedback on operations planning as if the charge was his. He said that while it will take him some time to adjust, the new DG is already on board.

“John is already in charge,” said Yeck. “You can feel he has jumped in.” 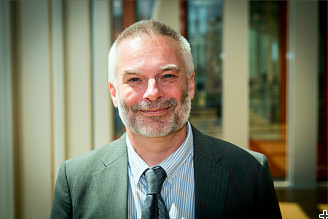 Womersley, who has been in close contact with ESS since his appointment by the ESS Council in May, is ready to keep up the momentum. The transition he said would be more evolution than revolution.

“We are trying to engineer a transition that maintains momentum, maintains the future push of the project and keeps the priorities appropriate,” said Womersley, “with the opportunity for change where necessary.”

He added the project would, “not be taking the foot off the accelerator pedal.” Schedule performance is of primary importance, both Yeck and Womersley made clear.

Culture of Success
Börjesson thanked Yeck and credited him with building a credible organisation, staffed with experienced people to ensure success in the Construction Phase.

“[Jim] established a strong culture of success at ESS,” said Börjesson. “He took over in February 2013 while the TDR (ESS Technical Design Report) was still warm.” 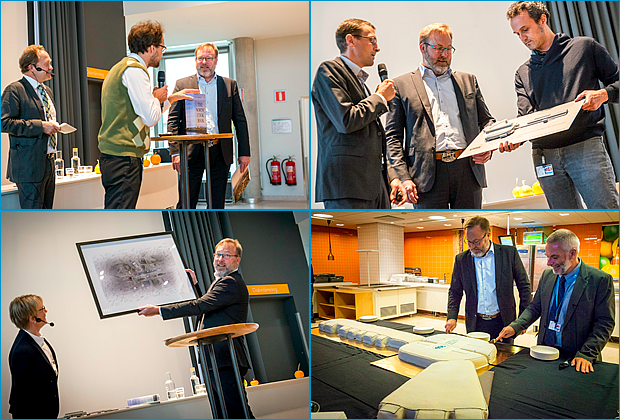 He reminded the audience that at that point the project was still only a green field with no formal commitments from Partner nations outside of its Scandinavian hosts. Yeck and his team, said Börjesson, rapidly secured the political viability and funding of the project and brought it into construction in the fall of 2014.

For his part, Yeck noted the value of the support he consistently received from the ESS Board, Steering Committee and the ERIC Council, and staff.

“It’s a very busy place—what you see when we have these reviews is that people recognise that something special is happening here,” said Yeck. “They want to see us succeed, and they know they are dealing with people who have the talent and energy to deal with challenging feedback, and that’s as good as it gets.”

The Gold Standard
Börjesson then introduced Womersley, and was quick to establish the responsibility the Council had entrusted to the new DG to deliver the project on time and on budget, and to deliver world-class science. He encouraged him to, “cultivate the culture of success that is established.” 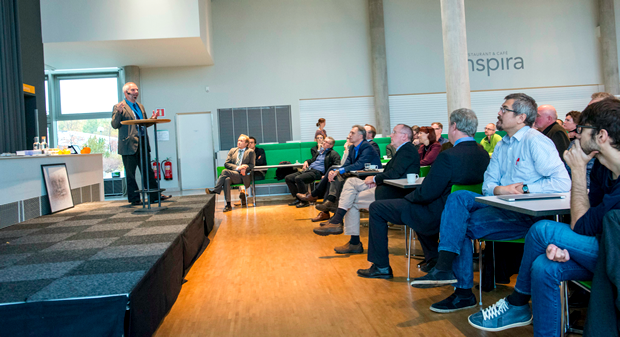 Womersley, a particle physicist, former CEO of the Science and Technology Facilities Council in the UK, and former chair of the European Strategy Forum on Research Infrastructures (ESFRI), set out a clear and upbeat restatement of the ESS mission and the challenges ahead.

Challenging the organisation to “delight” its many stakeholders and strengthen its Partnerships, Womersley said there is not only an opportunity but a need for ESS to set a new standard, and not only for neutron science. He said ESS will be looking to define ways of working together with other leading facilities to define the next generation of European science facilities and how they operate. The aim is to attract the best people and deliver “the gold standard”, in terms of science and in terms of industry, as the anchor of an innovation ecosystem.

“My vision for ESS is that we should look broader than being the world’s best neutron scattering facility,” said Womersley. “We should also aim to be what everyone looks to in terms of Big Science.”