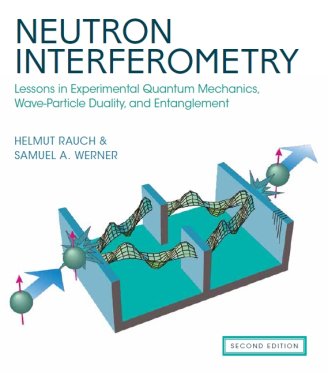 Quantum mechanics is a part of physics where experiment and theory are inseparably intertwined. This general theme permeates the second edition of this book. It discusses more than 40 neutron interferometry experiments along with their theoretical motivations and explanations. The basic ideas and results of interference experiments related to coherence and decoherence of matter waves and certain post-selection variations, gravitationally induced quantum phase shifts, Berry`s geometrical phases, spinor symmetry and spin superposition, and Bell’s inequalities are all discussed and explained in this book. Both the scalar and vector Aharonov-Bohm topological interference effects and the neutron version of the Sagnac effect are presented in a self contained and pedagogical way. Interferometry with perfect crystals, artificial lattices, and spin-echo systems are also topics of this book. It includes the theoretical underpinning as well as connections to other areas of experimental physics, such as quantum optics, nuclear physics, gravitation, and atom interferometry. The observed phase shifts due to the Earth’s gravity and rotation indicate a close connection to relativity theory. Neutron interferometry can be considered as a central technique of quantum optics with massive particles. It has stimulated the development of interferometry with atoms, molecules and clusters.

The book is written in a style that will be suitable at the senior undergraduate and beginning of graduate level. It will interest and excite many students and researchers in neutron, nuclear, quantum, gravitational, optical, and atomic physics. Lecturers teaching courses in modern physics and quantum mechanics will find a number of interesting and historic experiments they may want to include in their lectures.

Helmut Rauch is Professor Emeritus at the Technical University of Vienna.

Samuel A. Werner is Curators’ Professor Emeritus at the University of Missouri, and Guest Researcher with the Neutron Physics Group at NIST.